America According to Spike Lee 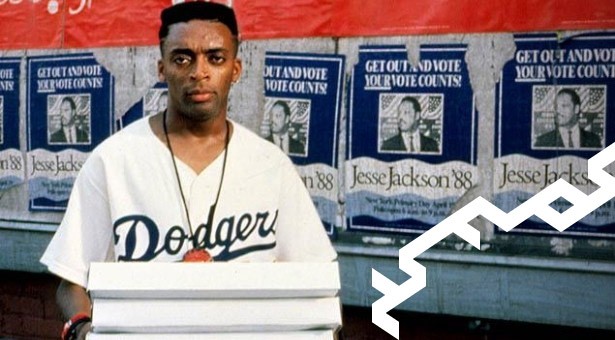 In the filmography of Spike Lee (born 1957 in Atlanta, Georgia) we can find critically acclaimed and commercially successful films (Do the Right Thing, Malcolm X, 25th Hour or Inside Man) alongside almost unprecedented flops (Girl 6, She Hate Me or Miracle at St. Anna). In spite of this unevenness there can be little doubt that for more than 25 years Lee has counted among the most distinctive voices in the American cinema. Moreover, his scope of activities is remarkably wide: from features films and documentaries to music videos, commercials and TV series. In his work he no longer deals with exclusively African-American topics. Instead, he focuses on various contemporary issues pertaining American citizens of all races and classes. 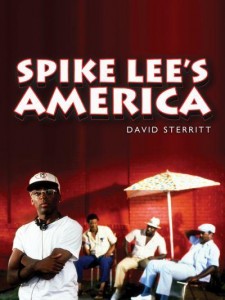 New book by respected film critic and university professor David Sterritt aims to describe the personal vision of America that Lee’s films put forth. Sterritt chronologically traces Lee’s career from his student shorts and breakthrough features She’s Gotta Have It (1986) and Do the Right Thing (1989) to the ambitious biopic Malcolm X (1992), underappreciated titles Get on the Bus (1996) and Bamboozled (2000) as well as to recently released films Miracle at St. Anna (2008) and Red Hook Summer (2012). Apart from production histories and responses from contemporary audiences and press, Sterritt also takes note of the evolution in Lee’s values and ideas. One of the tendencies that the author identifies is the shift from race-related issues, that characterized Lee’s early films, to more diverse subjects that don’t necessarily involve African-Americans (for example Summer of Sam, 25th Hour or Inside Man). In any event – whatever the subject may be – Lee’s films have one characteristic in common: they ask relevant questions without providing straightforward answers. Even his artistic failures can thus be intellectually stimulating.

The scope of the book (and even its very title) makes it clear that some aspects of Lee’s cinema had to be left out. For instance Lee’s audiovisual style is discussed marginally only in those cases when Sterritt sees an obvious connection between stylistic devices and questions of race, class and urban life. Put aside were also Lee’s activities outside of feature filmmaking which, I think, is a pity because it seems they’ve started to play increasingly important role. Even though Sterritt openly acknowledges that he’s been fascinated by Lee’s career for many years, he succeeds in avoiding explicit adoration and provides a balanced account of both strengths and weaknesses of Lee’s approach (to the latter belongs his inability to create a multi-dimensional female character). To sum it up, Sterritt’s book doesn’t set forth a groundbreaking account of Spike Lee’s cinema, but thanks to its clear thematic demarcation, logical structuration and lucid prose it can serve as an optimal introduction to the career of one of America’s most prominent filmmakers.