Interview with Pip Chodorov I.

I see you’ve got your gallery in Paris, it is the first art gallery devoted to experimental films only, and I’d like to ask you what brought you to Paris in the first place. Was it that you studied there and kind of liked it or…

Yes, I studied French since I was 11 years old. I studied it in school and in college. At University I was studying cognitive science, which is the study of mind and brain, and I was still making films and thinking about how we understand and perceive film.

I took some classes in semiology and also in avant-garde film. And a professor there told me: If you are interested in film and semiology, and you’re studying French, you might like this program in Paris. She had been on this program, so then I went on it.

I went first of all to finish learning French, to really live in France a little bit, second of all to study semiology from people that have written the books on semiology – the big mentor I had there was Christian Metz, who wrote books using psychology to analyze film and using language to analyze film. So I went to France to study with Christian Metz and his students and while I was there, very quickly – because I always make films, every year I make a couple of films – some of my films got invited to join a filmmakers‘ cooperative called Light Cone. Then they invited me to their yearly meeting of the filmmakers and they said: You know, this is a cooperative everyone should be volunteering if they can. So I started volunteering there and then they wanted to pay me, because I was working so much and then I ended up working there for seven years (laughs).

Things just kept happening, because in France there was so much going on and so much to get involved in, so much to do.

I could have gone back to New York of course, but I would have to have found a job and figure out what I wanted to do but in Paris there was already so much to do.

And I dig the artistic atmosphere in Paris was maybe better for your gallery?

Well the gallery started quite recently, I went to Paris in 1988 and the gallery was founded in 2005. It was more about the audience than the artists. I was not so excited about the films I was seeing by French filmmakers, I kind of wondered why they took themselves so seriously, you know, I thought the great films were made fifty years earlier or in other countries. What was passionate was not the work, but the people watching it. There was an audience that was really enthusiastic. Each screening was full and my films started getting seen. And then I was getting invited to show films and talk. I mean it was just… there was a real energy there that I didn’t find in America.

Also when I wanted to make a film, I found lots of people eager to help. In New York everyone works too hard and has to make a lot of money to pay their rent so they don’t have time to go out.

Also they expect to get paid for their work. So I just found there to be a cooperative system, a volunteer system, an enthusiasm –  which is against everything else that I know about the French people – that they are negative and lazy and go on strike all the time. So film really changes them! (laughs)

Talking about your gallery, in the movie (Free Radicals), we have seen many artists, some of them did not like galleries and therefore I’d like to ask you how do you present films in your gallery. Is it very difficult?

It’s always different. I am still looking for the best way. At the beginning I had a 16mm projector facing the window and all night people could walk by and watch the window.

But in our shows we have artists who use film – super-8mm, 16mm, making installations or showing film in a loop – or who do other things like show their photographs or their drawings. But actually showing the movie is difficult in the gallery situation because people come in the middle or they… It’s difficult. In the art fair which you saw in my movie [FIAC art fair, rem. of the editor] we had Kubelka putting his film on the wall, as he usually does in museums, Richter’s scroll, Takahiko Iimura , the Japanesse filmmaker, showed his piece with a loop of a scratched line spliced as a Möbius, so you see the scratch from the front, then from the back.

Then we had drawings by Paul Sharits, photographs by Maurice Lemaître, photographs by Christian Lebrat, frame enlargements of film strips by Jonas Mekas, and then books, objects… There was a double DVD by Jean-Jacques Lebel.

And of course we had in the center a projector running a loop of three films, which is better than one film looped, because you really see films by Hans Richter, Jonas Mekas and Peter Kubelka, and they repeat.

So I don’t know the best way. I’m still looking. Right now we have a show in Paris with an installation by Jürgen Reble, and his group called SCHMELZDAHIN, which is a super-8 projector, with film going in, but there is no take-up reel. Instead it goes down into a blender where it gets all chopped up! And the whole thing is activated by a motion detector. You walk by and it goes on. It makes a lot of noise, you see the film being projected and you realize it’s being destroyed, and that you are doing it, so you step back. (laughs)

And you sell these works of art in your gallery – it is probably very difficult  to set the price, to find a buyer…

Yeah, it is difficult to get people to understand what film is and what they can do with it, how they can live with it. We sold very little. We sold a piece to an art collector who collects photographs, but it’s a film piece that hangs on the wall. We sold a piece by Silvi Simon, a little super-8 projector with a small loop and a screen-object which is a piece of wire, but spinning very fast, so when you project onto it, it makes a flickering image. So it’s an object and someone bought this. And some museums buy actual films, like Jonas Mekas’ film, Fluxus films or Lettrist films. They actually buy film prints, in 16mm or 35mm, and they pay a high price for it.

How do the artists feel about selling their art in your gallery? Do some of them hesitate?

Yes, for some of them it’s been good and others are frustrated. I also have to say that I don’t have great success because my gallery is new and we don’t have much power or money. You know, collectors don’t come to us automatically.

For example we worked with Paul Sharits‘ drawings a couple of years ago and then a gallery in New York wanted to work with Paul Sharits so Paul’s son sent his drawings over there and now this gallery has huge shows, sells very well, made lots of money for his son and he forgot about us (laughs).

There is Olivier Fouchard, who lives outside Grenoble and is kind of crazy, works on super-8 and 16mm, sometimes video, working with chemicals, working with processing, very intricate, very beautiful, very poetic, also a painter.

But he is kind of against the system of selling things in galleries… He wants his work to disappear when it wants to disappear someday, like all things naturally disintegrate. He is very refractory. His politics are against being collected and being paid and getting rich… He just wants to make work and have people see it.

Rose Lowder is not a young filmmaker. She’s been working since the 60s or 70s but she is making new, interesting work with the 16mm camera. She shoots three things that don’t resemble each other like a flower, a scene with boats, and a field. The scenes alternate in threes. She actually shoots it in three different places, clicking one frame and then hiding the lens and clicking two black frames, and later on she rewinds the camera and goes back and fills in the second and third images.

It is a kind of perception which is very exciting. She’s been doing a lot with that, for years now.

Well, it’s like poetry. OK, you have a lot of poets, many of them bad. But you know the ones that are good when you read the poetry. If you never read poetry and you pick up the poem you might not be able to get it. But if you start reading poetry, and you read the great poets and the bad poets, you can start to see for yourself.

But could you explain? Could you say what makes a good poet? It’s difficult to say but you know it when you see it. You know it when you know it. And I would say the consensus of the experts ratifies a good poet. You know, Ezra Pound and T.S. Eliot, they are great poets, and if somebody is publishing poetry and they publish these poets, and then they publish someone you’ve never heard of, you can kind of trust their judgment. And say wow, if they’re publishing Pound and Eliot and this guy, this guy must be good.

That’s what I do in my video releases. I publish videos. And I published Brakhage, and Jonas Mekas, Hans Richter, Len Lye, all the people in my film. And then I may publish Olivier Fouchard; you may never have heard of him, but you may trust me that his work is as good.

I haven’t published my own films for example because I don’t think they are as important. I can’t place myself at the same level. 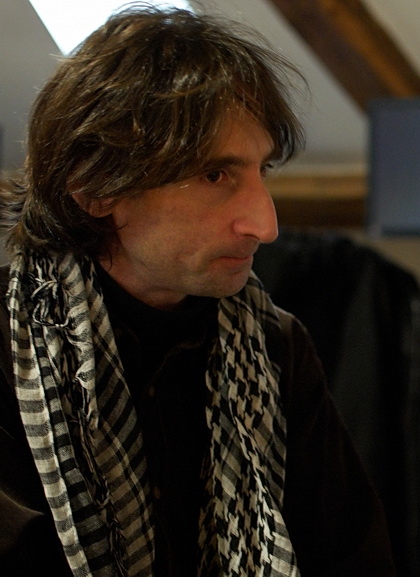 We talked with Mr. Chodorov in December 2010 at 10th Festival of Film Animation in Olomouc, Czech Republic. Our interview will be published in three parts. Next issue you will discover more about his work and attitude towards film media. Interviewer: Marie Meixnerová 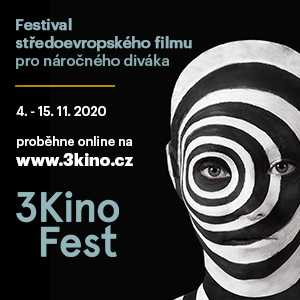 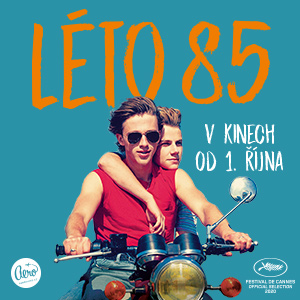 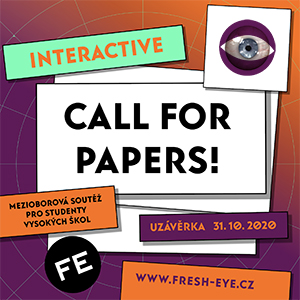 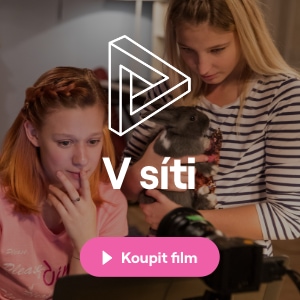