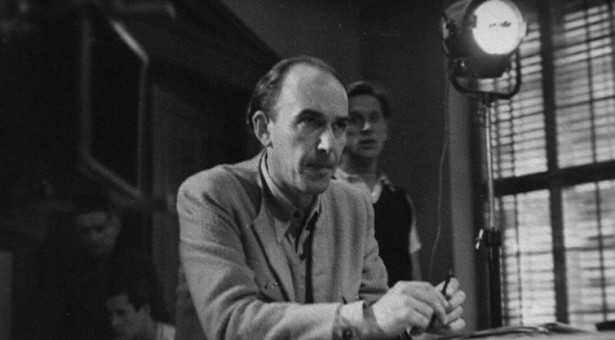 
From the young, talented director to the old hand

Martin Frič was born on March 29th, 1902, into the family of mechanical engineer, family with strong intellectual background. Since his youth he played guitar, sang and painted. After finishing secondary school, he attended the School of Applied Arts – in this period he made his first caricatures. Young Frič loved imitating famous comedians and this hobby brought him to the literary cabaret Red Seven (Červená sedma), where he replaced leaving Ferenc Futurista. From here he went to Bratislava, where, under the pseudonym Mac Ferry co-founded cabaret Moderna and became its first star and also director. After short interval spent in Brno he returned to Prague, where he successively worked in cabaret BUM, Emil Arthur Longen’s Revolutionary Stage (Revoluční scéna), Rokoko and Theatre Varieté. In Karel Hašler revue Nachytejte ho! (Catch him!), he starred alongside Jindřich Plachta.

Frič’s first contact with film was that of a painter; he collaborated on the The Lady with the Small Foot (Dáma s malou nožkou, 1919) film. Finally, he also cooperated as co-writer and actor (for the first time) in the 1922 film Proč se nesměješ? (Why aren’t you laughin’?) In 1924, his collaboration with Karel Lamač, who became his best teacher and friend, begun. Frič worked on most of Lamač’s films shot in that time as artistic adviser and assistant director; he also painted decoration and advertising, worked in the lab and performed small as well as more important parts. The Degl Brothers’ Company hired him in 1927 as screenwriter and in the same year he started directing. The sentimental novel by Klecanda Father Vojtech (Páter Vojtěch, 1928) was originally to be shot by nobody else than Karel Lamač. But he preferred filming in Berlin so he let his director’s seat to Frič and only played the main role in the film.

After few silent films, at the beginning of the 1930s Frič took a break.

When the sound era of films came, I took a break. I didn’t understand it well and therefore I went to Berlin and Paris to gather experience (…) Shortly afterwards there were at least two reasons why I had to set off for America. Firstly, I wanted to see all Chaplin’s films (…) Then it was a purely practical reason because they probably had most experience. I was particularly interested in the technical side, the technology of production starting from film crew organization.1

When he returned he started to direct films again. During 1931–41, he became one of the most active and successful Czech directors. In 1928, Frič married the actress Suzanne Marwille (1895–1962) who had already had two daughters Marta (1914–1993) and Eva (1926–2000). Both girls took their step-father’s name. Marta also became an actress and she starred in films such as Poznej svého muže, The Respectable Ladies of Pardubice (Počestné paní pardubické) or Dog’s Heads (Psohlavci). The last two films were directed by Frič.

Vocílek: Can I ask you an indiscreet question? Why are Czech films so poor?

Frič: Who told you that? Why don’t you like them?

Vocílek: I like them but I often read in newspapers that they are worthless.

Frič: I will tell you something. We are a small country and therefore it is very brave from us to make films and what is more, we make such a large number of films. Look, we make approximately 30 films a year and three or four are at the European level. Germany makes 200 movies a year and three of them are good. The United States makes 500 movies a year and five of them are excellent. This means we do very well in percentage terms. And when I tell you that the weakest movie is ten times more expensive than our best film, you must admit that the Czechoslovak cinematography doesn’t have to worry about own future. A Czech movie director makes their own movies in record time. It would be an interesting experiment to let a Czech director shoot a film in America with the facilities which American directors have, and on the contrary they would have to shoot a film in our country in ten days. The Czech director could make a good film in America but the American director here…

Vocílek: would fail… Anyway, why don’t you allow yourself to work on a film half a year?

Frič: Because we don’t have enough money. A Czech film is made for 1600 cinemas, whereas an American film for all cinemas in the world. The problem is, my friend, we have small operating capital. Our producers shouldn’t shoot cheap movies for export and if they put the needed capital to implementation, our film could compete with the world cinematography in both artistic and business way… But let it be.  ((Mihola, Rudolf: ibid., p. 67.))

In the period of the Protectorate, Frič directed (under the name Martin Fritch) two German films, namely The Second Shot (Der zweite Schuss, 1943) and Marriage of Love (Dir Zuliebe, 1944). The Czech actress Hana Vítová aka Hanna Witt and Raoul Schránil appeared in Der zweite Schuss alongside Susi Nicoletti and Ernst von Klipstein. The starring roles in the second film were played by Erika von Thellmann and Ernst Legal. Frič commented the shooting for the German Reich as follows:

It was possible to shoot films in Germany. In the thirties, I worked there on the first two films with Karel Lamač. Then the others were made in the forties (…) I directed Der zweite Schuss together with Hugo Zahder on whose shoulders fell sponsorship money. The film’s success was also important because with good responses I could get to another work. Though it’s true the films were made under the name Martin Fritch which represented my surname transcribed in a German way. However, I have to object to the slander that I have ever hidden this fact. Finally, I need to say I’m not aware of anything that could be found objectionable. Of course, it’s easy to find a stick to beat a dog. Then nobody accepts otherwise obvious ambition to succeed, in particular beyond the borders. But I think such representation cannot be bad.  ((Mihola, Rudolf: ibid., p. 29–30.))

Martin Frič and his role in nationalized cinematography

After nationalization, it was Martin Frič and his experience as a film-maker that represented one of the pillars of new emerging Czechoslovak cinematography. Hence it is not a surprise that he started to build tradition of Slovak cinematography by the movie Beware! (Varúj…!). He continued directing various genre films as well as he assisted in dramatic groups. After 1949, he became a member of one of the consultative dramatic bodies and served literally as a survival kit in many ideological escalated situations… Nevertheless he felt disillusioned from new conditions which were, in his opinion, similar to interwar sharp practice. Frič also occasionally directed documentaries, for example, Spartakiad (Spartakiáda, 1956). In the second half of the 1950s, Frič faced decline in quality of his work, but it passed in the next decade when he made several significant movies. They were crucial not only for his filmography, but they also enriched the Czech cinematography. He also worked for television and became chairman of so called FITES at the end of his life. That was a result of his reputation of an absolute professional. However, being highly regarded and a member of the Communist Party of Czechoslovakia (KSČ) did not prevent him from problems connected with his unsuitable background for KSČ. What is more, he was confronted with an objection referring to the fact he had not graduated from Film and TV School of the Academy of Performing Arts in Prague (FAMU). It was suggested he should stay on the position of an assistant director at Barrandov. He did not avoid health problems which were caused by alcoholism but he was cured. However, the Warsaw Pact invasion of Czechoslovakia on August 21, 1968 had a harmful effect on his weakened heart and five days later, on August 26, Martin Frič passed away. He left an indelible mark on the cinematography and hardly anyone would repeat it.

I actually don’t know what it is – what the ideological essence is. Because of the movie Heave Ho! (Hej rup!), we are rebuked by every regime for being it too schematic, simply (…). I don’t know why I have reconciled myself to the fact that it’s not possible to satisfy everyone. Thus The Poacher’s Foster Daughter or Noble Millionaire (Pytlákova schovanka) was a perfect probe because the people’s reactions showed me a lot. We found many kindred spirits that understood, even enjoyed and were grateful for someone who was brave to do things which you could not speak about aloud. In fact, everything can be different. (…) Though I was deeply shocked when bodies administering the protection of culture said that we despised ordinary feelings of our workers. (…) In the fifties, I directed Steel Town (Zocelení) which was a film concerning in a honest way a self-contradictory story about the revolt in rolling mills in Karlova huť, Lískovec near Frýdek–Místek in 1931. Aterwards I was asked a question to which I didn’t have a ready answer: How can you comment it while it was you who shot Soldier Švejk in 1931?! I don’t know what to do. I don’t know why we haven’t accepted yet that life is not a black and white movie and that every dictate, every doctrine is vain.2

Frič’s contribution to Czech cinematography was best expressed by his colleague, Jaroslav Marvan, who appeared in more than thirty Frič’s movies:

‘Martin Frič’s contribution to Czech film is, in my opinion, still underrated. Some people say he was our greatest film professional, the others despise him and claim he was only a craftsman. But this is the truth that nobody can change because film–making needs a director who properly knows its craft part. Frič was skilled in it and everyone knows he was an artist. He proved it by all the films which he left there.’3

From the Czech original translated by Pavla Stejskalová and Marie Meixnerová 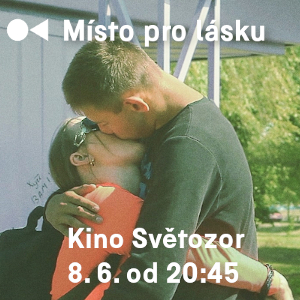 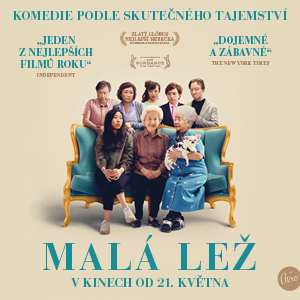 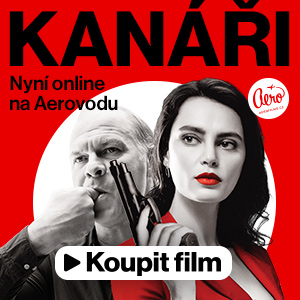