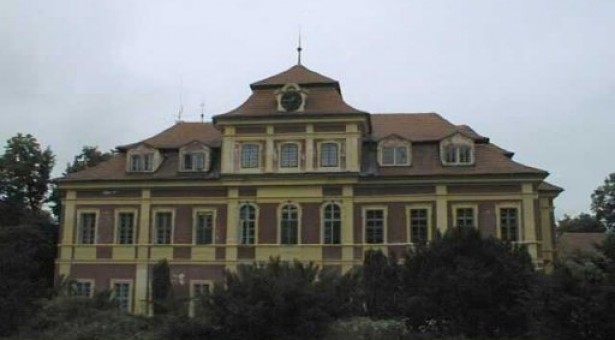 History of the Secondary Technical School of Film in Čimelice, part II.

The Beginnings of Film Education in Czechoslovakia

The first attempts to found institutions providing film education on the geographic area of today’s Czech Republic date back to 1924, when the film director Václav Bínovec began to give film courses. However, the first official efforts to provide training in direction, acting, and screenwriting in particular, are connected with the Film Studio run by Karel Smrž. Founded under the Film Production Association in 1934, the Studio purchased foreign as well as Czech literature and periodicals (handbooks, pamphlets, and first theoretical works on film), and sought to systematically develop a film-centred library, which would serve as the source of study materials. On an irregular basis, the Studio offered courses for film actors, directors, and screenwriters; besides, it announced various screenwriting contests as screenwriting was perceived as the most important element in film education. The course instructors were well-established filmmakers although not institutionally trained in filmmaking. Karel Lamač lectured on film direction, Vlasta Burian on acting and Václav Wassermann on screenwriting. “The courses were mostly short-term, such as two-day workshops taking place once a year. They included excursions to the AB ateliers during which the theory was demonstrated on particular films. After the completion of a course, the students were given only a certificate attesting their attendance, for there were no final exams. Whether the course participants pursued a career in film industry is not known.”1

On the Film Academy Planning

The State Conservatory also showed interest in film education when it suggested as early as in the 1930s that there would be founded a film school under the Czechoslovak Film Union. Early in 1939, information concerning a film academy founding proposal appeared in the press.2 ”The intended film academy must become one of the State Conservatory departments so that it would obtain an adequate status within our arts education system, and its graduates would be equal to graduates of art schools and of graduates in other specializations.”3

The academy was expected to offer a two-year study programme, and to comprise of the Arts Department and the Department of Economics and Technology. The first department was meant to train the future actors, directors and screenwriters, the latter directors of photography, sound and laboratory technicians. Film history, screenwriting, script editing, aesthetics, law and psychology of film were also included in the intended curriculum. Besides physical training and language learning, the majority of the courses were supposed to be adjusted to the individual subjects. The applicants were supposed to be accepted to the studies on the basis of their entrance exams results and on condition of proving comprehensive knowledge of the subject in which they wanted to major. For example, both the prospective students of cinematography and the future laboratory technicians were expected to submit their vocational certificate in photography. Due to financial and political issues (at the end of the 1930s, the founding of new educational institutions was not among the major interests of the state), the Academy could not come into existence after all.

“Another idea of the founding of an independent educational institution dedicated to teaching film was addressed in a pamphlet called We Are Preparing School for Education of Film Youth, which was conceived jointly by the director Jindřich Honzl and Otakar Vávra and other collaborators. But as it was published during the first months of the Protectorate of Bohemia and Moravia, the idea of putting it forth was foredoomed to fail.”4 As one of the precursors of a film school can be perceived an one-day workshop on kinetic photography, conducted in Bratislava by Karel Plicka during the academic year 1938/39. The workshop specialised in technical subjects, predominantly in photography and camera handling.5 “In September of 1938, still another ambitious educational project emerged – the Drama School for the Film Education of the Youth introducing regular instruction consisting of several lessons per week. However, this plan did not come to fruition [either].”6

“On February 19, 1940, a special committee was assembled at the Ministry of Education and National Edification to formulate a specific concept for the Film Academy. […] Under the supervision of Karel Smrž, the directors Jindřich Honzl, Ladislav Brom, Karel Dostal, Otakar Vávra and the technician František Pilát participated on the preparations of another concept for film education institution. Their project was submitted to the wider community of experts for comments and then handed over to the authorities for the considerations. It was encouraged by the Minister of Trade and Industry, Jaroslav Kratochvíl, and then taken over by the Film Directory. In February, 1940, a conference with the Minister of Education and National Edification took place and it was settled that the film school will be a part of the State Conservatory. During the year 1940, detailed documents (the school’s organisational status, curriculum, personnel concept, budget and academic regulations) were produced and presented to the authorities for inspection again. The preparations proceeded as far as the location for the instruction being set. The school was expected to be opened in the academic year 1941/42, providing that the approach of the authorities will be affirmative. In November 1940, the Film Directory once again appealed in a letter to the Minister of Education and National Edification, Jan Kapras, for the immediate founding of the school. […] The prospects of the project were uncertain for the Ministry of Education and National Edification had not as yet answered to the request. In December 1940, the Directory listed the film school foundation among its priorities; however, its establishment never came to be.”7

Film Education and the Institute of Film Studies and Research

“In the territory of the Protectorate, the film education could not be carried out on one institutional basis. The wartime years, however, eventually saw at least the development of a series of educational programmes designed for numerous film professions. These programmes were usually presented as open vocational courses. The emphasis was (for political reasons) put on the practical rather than on the theoretical content of the curriculum. During the Protectorate period, it was the Czech-Moravian Film Directory that played a key role in the advancement of film education. The majority of the educational programmes were related to the movie-theatre workers.

From early on, the Directory has also focused on young filmmakers. It made the important attempt to found a subgroup for aspiring directors (within the framework of the union workers in film production), which supposed to help to improve their status and professional prospects. In the autumn of 1941, two crucial issues were discussed: the assessment of the essential standards of their work (compulsory admittance to certain types of film-work, original script, number of applicants for each film, their particular tasks and the like) and the possibilities of their professional development (promotion to short film director’s assistant, including the minimum wage assessment). At about the same time, in 1943, came also the real progress in the educational projects concerning the professions related to film production, and in the courses designed for the movie-theatre workers. In February, 1943, the Film Studio was assigned to an organisation of seminars for the authors of the film stories. On March 31, a series of eight evening lectures was initiated in the lecture hall of the Prague Edification Department on Štěpánská 35. […] Additional all-day seminars took place in Zlín and a selection of them also in Brno. […] Since the academic year 1943/44, the trainees of film production companies attended compulsory instruction. […] The Czech-Moravian Film Directory quite expectably also picked up the project of the film school for the youth, which was already prepared in detail (yet not realised) in 1940.”8

Development of Educational Institutions after the WWII

Right after the end of the World War II, Czechoslovak State Film (CSF) commenced to establish its own system of educational institutions. Educational activities were held at the Film Institute. In 1950, the Institute was renamed Schools and Collections of the CSF; additionally, the Central Labour School of the CSF and the Technical Film School fell within its competence. Besides these schools, there were also educational conferences and seminars such as the Film Technology Progress designed for college graduates of related subjects who wanted to embark on postgraduate study programme in film technology. However, the beginnings of film education on the territory of today’s Czech Republic are still commonly associated with the foundation of the Film and TV School of the Academy of Performing Arts in 1946.

From the Czech original translated by Barbora Hrušková.