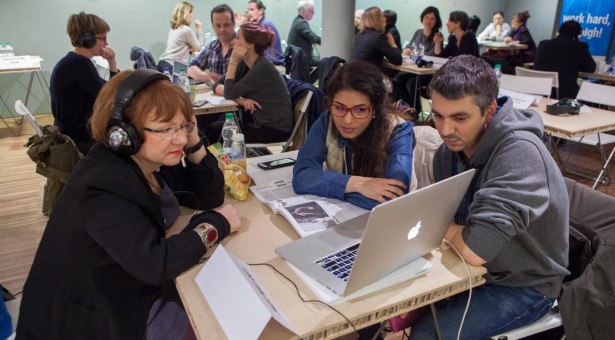 The international documentary event EAST DOC PLATFORM will take place March 3 – 8, 2018 in Prague. The week-long event will host leading film professionals, distributors, TV and festival programmers. Filmmakers will present documentary projects from Central and Eastern Europe that can win one of several prizes worth a total of EUR 35,000 for further film development. Members of the public are invited to attend a number of interesting lectures by international film professionals. The event is organized by the Institute of Documentary Film.

The central theme of the 7th EDP “New Resistence” addresses the rise of nationalism and totalitarian tendencies in the region of Central and Eastern Europe. Tereza Šimíková, East Doc Platform Manager, explains the focus of this year’s event: “We hear more and more political voices today calling for the restriction of critical free press. Countries in this region have a common and a relatively short experience of democracy, which makes independent documentary filmmaking especially vulnerable.” European cinema is largely dependent on public funding that is directly tied to the current political climate. “Authorities in Poland, Hungary and Russia have been trying to restrict the role of public funds and media. These efforts have an impact on documentary filmmaking as well because documentaries often explore pressing social and political issues and represent a prime target,” adds Tereza Šimíková.

Out of 300 applications from around the world, the pre-selection jury picked the best documentary projects that will be presented to professional and regular audiences as part of several events at the East Doc Platform.

Director Hanna Polak will present her film Angels of Sinjar. Yazidis – 21st Century Genocide. This accomplished Polish filmmaker is well-known for her previous work, such as Something Better to Come, awarded at over 20 international festivals, or the Oscar and Emmy Award nominated short The Children of Leningradsky. Another interesting film in our selection is The Last Relic by director Marianna Kaat. It is a portrait of Russia on the eve of the presidential election, capturing the preparations for the 100th anniversary of the murder of Russia’s last tsar and his family in Yekaterinburg.

A film market for directors and producers, a two-day speed-dating marathon with representatives of international funds, TV networks, distributors and festivals

Selected films include the portrait of the Georgian president Mikheil Saakashvili (dir. Toma Chagelishvili) or the co-production film Queer Tango Goes to Russia by director Aleksandr M. Vinogradov that focuses on Putin’s strong anti-LGBT propaganda. The Romanian filmmaker Denisa Morariu-Tamas also tells a compelling story in her documentary feature The Other Side of The Medal. A 16-year-old gymnast and a gold medal winner was disqualified at the Sydney Olympics because of post-communist doctors who had given her banned substances and effectively ended her promising career. Film and history fans will surely appreciate Beyond the End of the World that recounts the defiant efforts of the Sarajevo Film Festival organizers to put up a ten-day festival in 1993, all in spite of the four-year siege. As a result of their incredible work, they were able to welcome Jeremy Irons at the opening ceremony and premiere his film.

Five documentaries with Czech involvement will be presented to international film professionals. Director and producer Peter Kerekes will pitch his documentary feature Baťa, the First Global Entrepreneur of the World about the first Czechoslovak businessman and footwear tycoon. It is a remarkable project developed by Czech TV in co-production with Arte France. Another much-anticipated film called Fugue tells the story of a young talented Argentinian pianist who spent four years behind the walls of a psychiatric ward. The presentation is organized by the Institute of Documentary Film with support from the Audiovisual Producers’ Association (APA).

Included among the 6 best shorts, The Heavenly Eye revisits the ongoing war conflict in Ukraine. As a volunteer, Maria Berlinska finds herself on the front line, capturing events around her using a drone. Should a camera be considered a weapon? Is it possible to stop a war by changing our point of view? The Institute of Documentary Film hosts this event at the EDP for the first time, in collaboration with IF/Then, a new distribution initiative run by the Tribeca Film Institute and the One World Festival.

A round-table pitch for transmedia and VR projects

Winners will be announced on Friday, March 9 at the East Doc Forum. An international jury will present the best project in development and production with the East Doc Platform Award along with EUR 7,500. The financial prize is designed to help filmmakers fund development of their documentary film. Czech TV, EDP’s general media partner, will announce the Czech TV Co-production Award that comes with EUR 5,700. In addition, all projects selected for the 2018 East Doc Platform will compete for the HBO Europe Award and EUR 2,000 for project development.

The East Doc Platform is organized by the Institute of Documentary Film in partnership with the One World International Human Rights Documentary Film Festival. The 20th One World will take place March 5 – 14, 2018 in Prague and then tour 36 cities across the Czech Republic. This year’s sections will focus on nationalism and extremism in Europe today, current situation in the USA, cybersecurity, environmental issues and alternative lifestyles. It will also offer a record number of Czech documentaries in international premiere. 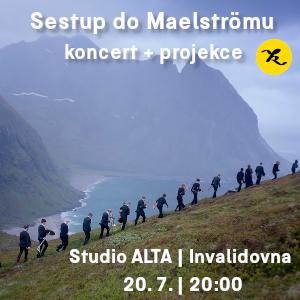