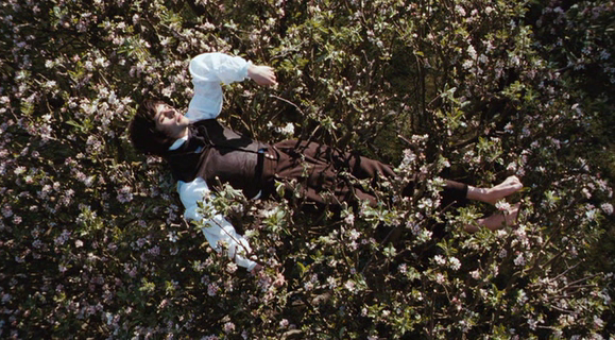 Jane Campion is one of the most respected directors of today. She gained international recognition with The Piano (1993), which, apart from winning Golden Palm, was awarded three Oscars and several other awards. In the last decade, the director’s persona and work have of course become the centre of attention of quite a few film researchers. After a book of interviews with Jane Campion was published at UP Mississippi in 1999, in 2001 it was time for Dana Polan’s more complex reflections on her film career published as part of World Directors series by British Film Institute. Three years later it was followed by Films of Jane Campion by Sue Gillet (Australia). In 2007, a monograph on Jane Campion by Kathleen McHugh was included in Contemporary Film Directors series and, two years after that, Deb Verhoeven’s book published by Routledge (a British publishing house) was introduced to the market. Last year in March, Alistair Fox, a professor at University of Otago New Zealand, contributed to the field of academic analysis of Jane Campion’s work with his Jane Campion: Authorship & Personal Cinema.

Fox, who lectures on contemporary English literature and humanism in Renaissance, while also focusing on contemporary literature and cinema of New Zealand, was already in 2009 in the position of one of the three editors of Jane Campion: Cinema, Nation, Identity (a 2009 anthology), where he, for instance, contributed with his article “Puritanism and the Erotics of Transgression: The New Zealand Influence in Jane Campion’s Thematic Imaginary”. 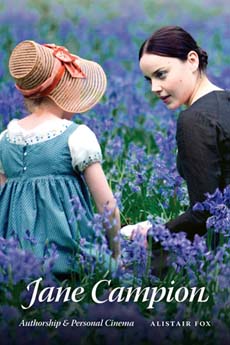 The grounding premise of Fox’s book Jane Campion: Authorship & Personal Cinema is the very apparent link between Campion’s personal life and the thematic focus of her films. The connection is already discernible in the frequency of autobiographical references, from her early short film An Exercise in Discipline ‒ Peel (1982) to her last feature film: Bright Star (2009). The director repeatedly admits these autobiographical motifs and intentions in interviews which are crucial to Fox’s academic purposes. Apart from the interviews, he also bases his analysis on interviews with the director’s elder sister Anna (also a director) and on personal correspondence of Campion’s mother ‒ the writer Edith Campion. Fox’s own theory of the personal element in authorship (for which, as he states in the introductory chapter, he uses the term “personal cinema” by Francis Vanoye, a French film scholar) is pivotal in his research.

In his book, which is divided into nine chapters, Alistair Fox organizes the analyses of particular films chronologically, follows the thematic links and common elements in the framework of Jane Campion’s complete directorial work, while taking into account her personal background as well. He strives to elucidate the initial impulses that led her to making a particular film and the reasons that she had for choosing the literary works which served as templates for most of her feature films.

In the first chapter, he introduces Jane Campion’s family background and her origins (both parents were famous for their work in theatre) and at the same time he analyses the autobiographical references in the work by Edith Campion, her mother. He points out the director’s fascination with sibling characters, unfaithful husbands, irresistibly seductive father figures connected with nearly incestuous desire and a continuous sentimentality towards the mother, which in Fox’s opinion stems from the director’s knowledge of her father’s infidelity and its impact on her mother. (Richard Campion was a notorious womaniser and the existence of the director’s step sister had been a family secret for years.) In the following chapters, Fox shows the director’s keen interest in the relations within a dysfunctional family, eroticism and perverse sexuality, while also identifying the symbols and substitutions that tie the stories in her films with the story of her life. Whereas with her early film Sweetie (1989) he ponders the rivalry between the two sisters, in An Angel at My Table (1990) he sees the formative influence of her mother’s life-long struggle with depressions which, for Jane Campion, represented a very traumatic experience. Even though the film is a rendering of an autobiographical book by a renown New Zealand writer Janet Frame, Fox discerns an explicit paralel with Edith Campion’s life ‒ which he also does in A Portrait of a Lady (1996). The director’s preoccupation with her relationship to her mother ‒ a relationship that was, according to Fox, also reflected in the highly acclaimed The Piano ‒  is in A Portrait of a Lady, which he perceives as the turning point in her career, completely exhausted. Holy Smoke (1999) and In the Cut (2003) turn their attention back to the father figure and are variations on the motif of sisterly relationships, incestuous fantasies and suppressed sexual desire. According to Fox, Bright Star then evocates the impression of a retrospective, as nearly all the personal symbols of the author appear here. Untypically, the director distantiates herself from explicit erotics in exchange for praise of purity and innocence of love.

In his book, Alistair Fox finds and illuminates the relations between diegetic worlds and the life of a “New Zealand Australian”, Jane Campion. His final comparison of Campion with François Truffaut, a director whose films allegedly show the same kind of personal contribution, or with the Taiwanese auteur Tsai Ming-Liang are also noteworthy. In a flood of auter-oriented texts about Jane Campion, Fox’s book definitely commands attention. It offers a remarkable and enriching perspective on the unique work of the most important woman director of her time.