Nathaniel Rich (1980) is an American novelist and essayist. He is the author of guidebook San Francisco Noir and novel Mayor’s Tongue. At present he lives in New Orleans. More information about him can be found on his website. 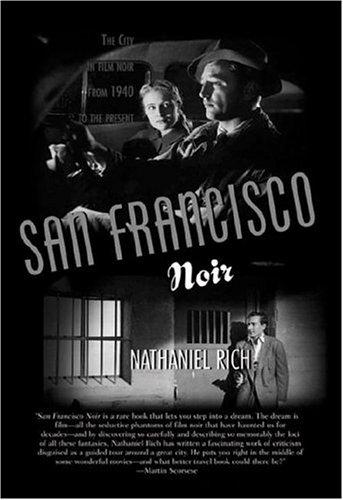 One can ask, what is so dark and sinister about San Francisco, one of the most beautiful, romantic and touristically attractive cities in the world? Why so many filmmakers, especially in the classical noir era, chose San Francisco as a setting for their films?
This question mystified me, and it’s the one I set out to answer in San Francisco Noir. As I write in the book, there are several different answers. The most mundane is geography—San Francisco is only a six-and-a-half-hour drive from Hollywood, so it was relatively easy for filmmakers to shoot there. But this doesn’t begin to explain the proliferation of film noirs shot in the city (after all, how many San Diego noirs can you think of?).
A second answer is the city’s landscape. The sharp inclines and criss-crossing alleys and staircases create wonderful opportunities for noir cinematographers who, as you know, were obsessed with severe camera angles and claustrophobic spaces.
There is also a special mythology to San Francisco that fits in nicely with noir’s purposes. Since the 1849 gold rush it has been a destination for misfits and con artists and people desperate to start over. It has always been a haven for people who have escaped from more conservative parts of the country. So much of noir is about man hoping to escape his fate, trying to disappear and start a new life, and San Francisco is ideally suited to that type of plot.
But the main reason the city is such a focal point of film noir, I think, lies elsewhere. It’s a perfect city for noir exactly because of its beauty and glamor and romanticism. The subject of film noir is the distance between appearances and the darker realities of the gutter. The more glossy, elegant, glorious the setting, the more disturbing is the fall from grace. This is why so many film noirs begin in a ritzy apartment building or mansion or nightclub, only to descend into some scummy dive bar or flophouse or back alley. The contrast between high and low is nowhere more dramatic than in San Francisco (with New York being perhaps the only exception). It’s this wildly changeable nature of fate, so easily depicted in San Francisco, that gives noir its dripping black heart.

What led you to pick up this city as the topic of your book? Why not New York City where you were born and raised and where many films noirs are set as well?
San Francisco seemed more mysterious, more peculiar. It’s obvious why so many noirs are set in NY—it’s the biggest, most iconic city in America, and noir is primarily about cities. Also, all types of films are shot in New York. Noir has an outsized presence in San Francisco, so the connections between the genre and the city seemed unique.

How long did it take you to select and research the forty-one films you write about? From how many films did you choose?
I wrote about every single film noir I could find that was set or shot in San Francisco. It took about eighteen months. I declined to write about films that had only minor or incidental connections to the city.

Did you have difficulties with obtaining any of these pictures?
I wrote the book in 2004-2005, when it was still very difficult to find some of these films. Many had been unavailable for decades. Fortunately, San Francisco is the home of the world’s best film noir resource, the Danger and Despair Knitting Circle, a non-profit organization that collects and distributes copies of every noir film ever made. They were enormously helpful and sent me videocassettes of about twenty films that didn’t exist anywhere else (some still don’t). They screened old 16 mm prints for me as well.

Do you think the cinematic San Francisco and its portrayal in film noir changed significantly since the beginning of the noir cycle?
Yes—it followed the same patterns that noir followed throughout its evolution from 1940 to the present. For more detail, I’ll have to refer you to my book, which can be read as an answer to this question.

Could you give us some examples of interesting and unorthodox uses of San Francisco landmarks in film? There are so many of them…
The shots of the old produce district in Thieves‘ Highway are one of the best resources we have for understanding what that area looked like; the district was destroyed in 1959. On the site there is now a mall and several apartment towers. The use of Alcatraz as a site for drug deals in Point Blank is pretty odd. My favorite place to visit in San Francisco is the Sutro Baths, which are now a flooded ruins. They appear in a pivotal scene in The Lineup, which was shot in the brief period during which the Baths had been converted to an ice rink. 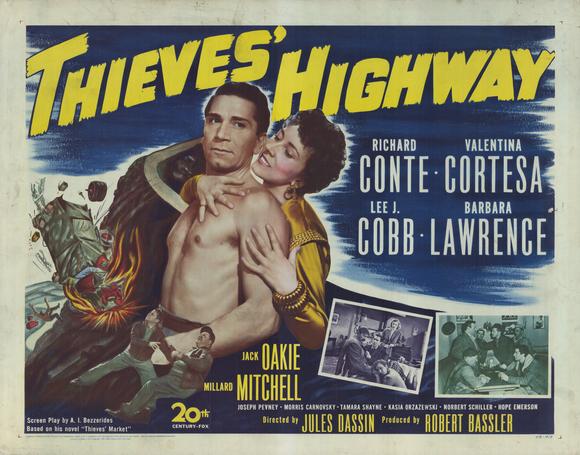 Did you find any particular film during your research that in a way presents „lies“ about San Francsico?
Most films do, particularly when it comes to geography. The most famous example might be the car chase scene in Bullitt, where every times Steve McQueen rounds a corner he’s in a completely different neighborhood. Also, in The Maltese Falcon, which was shot in Los Angeles, you can see in an early scene that the firemen are wearing „LAFD“ [Los Angeles Fire Department] helmets.

There was a lot of praise for your book San Francisco Noir. It was recommended by influental noir enthusiasts and authorities such as Eddie Muller, Richard Schickel and Martin Scorsese.  Are you attracted to the idea of writing a similar book about another city? For example about New Orleans where you live at present?
No plans currently. After San Francisco Noir, I published a novel, The Mayor’s Tongue. [link: http://www.nathanielrich.com/revs.html or www.nathanielrich.com/book.html] My second novel will be published next year. It’s not a noir in any traditional sense, though it is certainly filled with dread and mayhem. Its title will also sound familiar to film noir devotees: Odds Against Tomorrow.