Zde se nacházíte: 25fps » English » „If I knew the end of my film, I would not start the journey“

„If I knew the end of my film, I would not start the journey“ 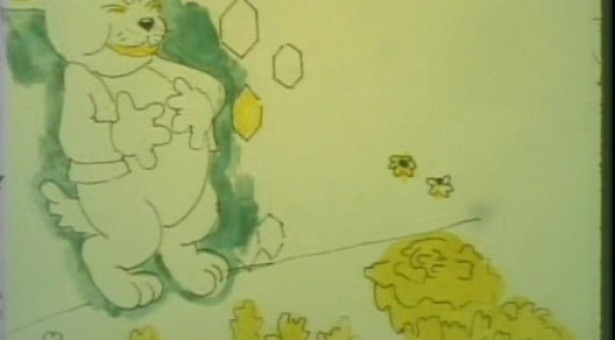 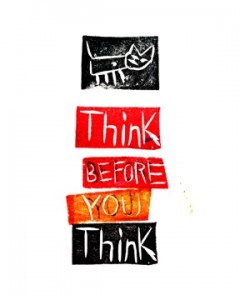 Rick Raxlen is an independent Canadian filmmaker, whose film and video work has been screened internationally (e.g. in National Gallery in Ottawa, AGGV, HotWired AnimationExpress and the Museum of Modern Art in New York). Between the years 1967 and 1976 he made several short films with NFB (National Film Board of Canada), he won Genie award (at that time called Etrog) for his film Legend, which was named the Best Canadian Arts and Experimental Film of 1970.1 In 1988, Raxlen released 80 minutes long film Horses in Winter, and in 1995 he made The Strange Blues of Cowboy Red of the same length. Otherwise, he keeps his films and videos short. Significant for his work is the exploration of the medium, experimenting with techniques, including rotoscopy, as well as playing with the concept of narrative. In the following e-mail interview Richard talks, amongst other things, about music in his fims, inspiration and improvisation.

Could you describe your artistic journey? If I am correct, your first film for NFB was The Sky Is Blue (1969)…
Yes, I was hired as a 22 year old and they didn’t know what to do with me, so I entertained myself under the Bolex test animation with cut-outs… I came up with a story of sorts for young children, but had no patience for the slow work of moving cut-outs under the camera. At that time many animators left Czechoslovakia due to the occupation in 1968 and a young woman, animator named Jana Bendova did the hard work under the camera, the movement for the final version of the paper cutout film for children (from 4 to 8 years of age) called The Sky Is Blue.

I came to film from poetry and painting and photography, all of which I practised intermittently; I liked the Beat poets and the French New Wave and needed to find some kind of employment, I guess. The NFB was kind of very government oriented — long green walls and halls, bureaucratic and controlly, in a political sense, so my sojourn there ended in 1976. When I turned 30 my life did a flipflop, so art books, mail art and printmaking took up my arty time.

What are your sources of inspiration?
I guess  my inspiration comes from earlier sources: Beat poetry from the 60s, novels I read as a kid, existentialism etc. Just stuff I stumbled on, people I met. It’s often a chance or luck for me. I save bits of film forever, I find things, old photos etc… here and there I kinda wander through old used junk stores. I like the Chicago blues men and jazz of certain eras of the fifties… Lots of patience now that i am older…

Could you tell me more about your found footage films RX#4 (small screen) and RX#4 (full screen)? It must be a whole different experience to see it in the cinema, as in these RX#4 pieces you work (not to mention other cinematic aspects) with the sound of projector…
We recently curated a show of my  works on paper and we ran audio loops in the gallery of projector sound and typewriter sound. The film world is me, moi, my steenbeck and projector — in the video world I need an editor, so I have to talk out loud to someone to explain what I want, which is OK, but hard some days. I have a small studio, outside my home, downtown, and have had one for 25 years. The real world and me need each other and the computer/video interface feels like phoney, an artifice of some kind, too clean, too commercial like TV… Film is small and modest. The RX#4 did run monitors once, on a wall, together, but… I like the analog touchy feely eyeball thingee of film.

You often work with 16mm and video format. How you deal as spectator and artist with such different experience while watching films on the big screen of cinema and when you watch it on a monitor of a computer?
I rarely watch film/video on my computer — never got in the habit — only a very few of my filmworks are on the internet in their full length. I started with analog and am very happy with it — busy hands, empty head, happy heart is a corny motto… Besides it’s my wife’s computer and she uses it as a tool for her printmaking.

In various films (feature and animated) you deal with your experience of drowning. Did you use live action from your feature Horses in Winter for your rotoscoped short I Almost Drowned and later for Zombie Swim Meet? How did these films evolve?
Yes, I used live action as a source for both pieces… I did a short, one minute, for the NFB in 2004, and wanted to improve it — I wanted/needed four minutes, a slower pace, and more moody feeling, more poetic treatment. So I redid I Almost Drowned – no money for it, just my time. With NFB I had a cameraman and sound editor and Zombie was me, a camera and an idea for music.

In Hot Foots & Hat Trix you manipulate with film material you shot as your 2nd feature film. Was this project your way of creative frustration, when dealing with your old work?
Well, let’s see, I guess I have to say I tried a number of long scripted pieces… two were completed, but the search for money and funding from federal sources became wayway too complex, so I was happy to retreat to avantgarde or experimental animation. Just playing, for little cash, with rotoscope… the juiced up feature film world seemed to hurt my vague poetic style-riffs, so I just colored and drew and played with rotoscope (which is basically choosing WHAT to draw). I played for years through rain and cold and  paid my dues and paid homage to the early animators by copying their work. I was like an old scribe, redoing books for money, and feeling very special, visiting dusty old films and bringing them in front of a new audience.

Music in your films is very significant. Rhytm of images seems to be subordinate to the music, its is really distinctive and changes whole feeling of the film. What is your intention when choosing the music? 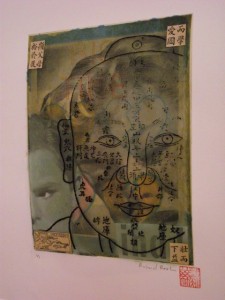 I might say I usually do not have an idea complete, but work in an improvized way, not knowing where I am going, much like a jazz musician riffing off solos by fellow players… If I knew the end of my film, I would not start the journey. I need to be on a trip, not knowing, and I can afford to be, because I have no sponsors and no clients, do not do commercials… so it’s me with me keeping me busy happy occupied… Music, it comes along as I work, sometimes by chance or luck. I abhor voice riding on film. The NFB started as a propaganda machine, telling Canucks [note: Canuck is a slang word for Canadian] what to think during World War 2. So music or sound, but very very rare a disembodied voice over reading something. My son Mossman does dub music and I used his track on two or three films, then Arvo Pärt once and Oscar Peterson once. I do not use music for cutting rates — no music video ideas in my head.

In RIX PIX NIX HIX you rotoscoped/sampled early cartoons for the first time and it seems to be a lot work you did there, as the rhythm is really frantic. Plus you are combining various techniques. Where did the idea to create such film came from?
RIXPIX NIX HIX was a lucky film thrown together — bits of rotoscope homage to early silly films, a festival in Nassau in the sixties, just following no idea, but somehow wanting an entertainment of a kind — nothing too long too serious, frothy, bubbly, even superficial… Showing off in a way I guess…. The film is made of leftovers from the refridgerator of my visual mind…

You interviewed artists for Vantage Point magazine of media arts and culture and you wrote there poetic notes on home movies. Do you plan to write any new articles or is it possible to read your stuff anywhere else? 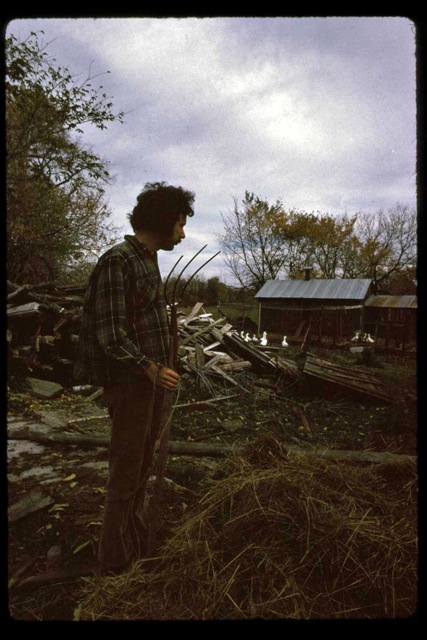 In terms of writing, I was a young poet before i was a filmmaker. I enjoyed the written word, playing with words, loved E. E. Cummings, an American poet, and I guess words are still fun for me — both my word and film practice require almost no money or equipment – a typewriter or a simple camera and old steenbeck and small funky downtown studio. I hope to have some kind of book out. This week [note: beginning of March] an art show came down. If people are interested, I can mail them a catalogue or parts of catalogue, or go to www.raxpix.com to see clips.

How is it to be independent filmmaker in Canada?
Indie Canuck film guy — whats it’s like? It’s ok, I am free to explore, I have no clients, I get some grants from time to time, it uses up my creative energy, gives me a focus and a reason to walk downtown — Victoria is small, by the sea, so I like my big garden, my bike, the beach. Amazing springtime here — three months of blossoms, clear skies, clouds to dream on…