A Companion to Early Cinema 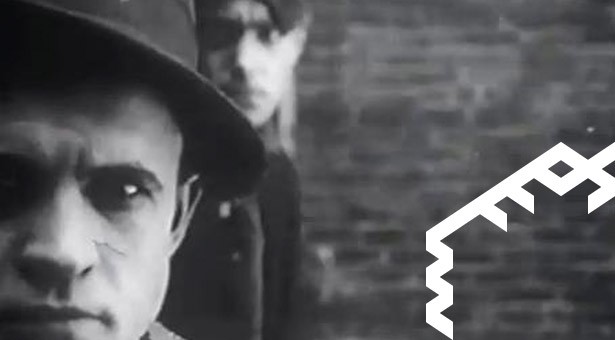 Early cinema (approximately until 1915) has been the focus of intense historiographic attention since the Brighton congress in 1978. The multitude of research projects, academic surveys and full-length monographs, inspired by this cinematographic era, was further enriched last year by Wiley-Blackwell’s publication of A Companion to Early Cinema. Both experienced scholars such as André Gaudreault, Tom Gunning, Thomas Elsaesser and Richard Koszarski and their younger students and colleagues, e.g. Paul S. Moore and Santiago Hidalgo, participated on this monumental, 650-page-long anthology of texts. 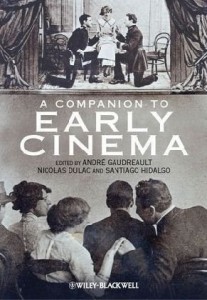 A Companion to Early Cinema is another proof of the richness and diversity of early film culture and its enormous appeal to cinema historians. The publication is divided into six separate parts, each focusing on a different aspect of early cinema. Section „Early Cinema Cultures“ consists of six essays primarily discussing the so-called pre-cinema. Texts by André Gaudreault, Tom Gunning or Tami Williams describe activities, practices and technologies existing prior to 1895, a year which is by most historians and scholars (controversially, if not outright erroneously) considered as the birth of cinema. The authors trace for instance the continuities and discontinuities between film and theater, magic lantern, photography and magic show. In an excellent essay entitled „The Culture Broth and the Froth of Cultures of So-called Early Cinema“, Gaudreault discusses the very beginnings of cinema, challenging the prevailing views from the perspectives of new film history (and its reconceptualization of historiographic research) and modern digital era. Part „Early Cinema Discourses“ studies the various ways in which early films were understood, experienced and discussed. Several texts turn to printed sources – contemporary magazine and newspaper articles, film programs or publicity materials, all of which have been recently made accessible by the growth of film archives and improvements in digital technologies. Among the texts we can find essays by Annemone Ligensa detailing the relationship between cinema and sensationalism and by Roger Odin who discusses French theoretical texts on early film.

The third section deals with various forms and uses of early cinema and aspires to challenge the predominant view which holds that films made prior to 1915 were somehow uniform and subject to a single spectatorial mode. Ben Brewster – in a study called „A Bunch of Violets – provides a detailed analysis of An Official Appointment (1912), a short film produced by Vitagraph; Jan Olsson focuses on issues of race and gender in silent chase films; and Jennifer Peterson, for instance, studies the relationship of early cinema audiences to educational films (travelogues, scientific films, industrials, films about nature etc.). Contributions in the fourth part entitled „Early Cinema Presentations“ come from the hypothesis that audiences are in their reactions determined by the historical context of consumption and for that reason they ask where, how and by whom were early films seen and experienced. Individual chapters deal for example with film screenings at fairs, in theaters or even in prisons (Alison Griffith’s extraordinary essay „Bound by Cinematic Chains“). Section five, „Early Cinema Identities“, focuses on means by which early films were packaged and presented to audiences. Jane M. Gaines studies the phenomenon of anonymity which was typical for most of the filmmakers, including actors and actresses, prior to 1910. Conversely, Andrew Shail discusses the „invention“ of cinematic celebrity in the United Kingdom. The remaining texts in this part deal with film lecturers and cinephiles/film collectors who represent new identities generated by early cinema. The concluding part „Early Cinema Recollections“ revisits the epoch from the vantage point of our digital age and focuses on the issues of film archiving and restoration.

The whole publication stresses interdisciplinary approach with many overlaps into sociology, anthropology, economy, psychology or philosophy. Early cinema is treated not as a homogenous mass of film texts, but as a complex social, cultural and economic system made up not only of individual films, but also industrial base, audiences, contemporary press etc. The editors aim to establish dialogue, open up new research questions and challenge old – in most cases convenient – answers. In this respect the publication must be regarded an absolute success because it offers stimulating and well-founded material. The focus on marginalized topics only enhances its value: many of the pioneering studies presented in the volume will surely become inspirations for other researchers and historians. If there is one limitation of the book that should be singled out, it is its neglect of cinemas outside of North America and Western Europe. Editors, however, are aware of this limitation and acknowledge that future extension of the debate towards other national cinemas might require a reconceptualization of research premises and a reassessment of some of the conlucions.

In any case, we can consider A Companion to Early Cinema – with its thirty engaging chapters – a fundamental contribution to the topic and one of the apexes of recent academic interest in early cinema.