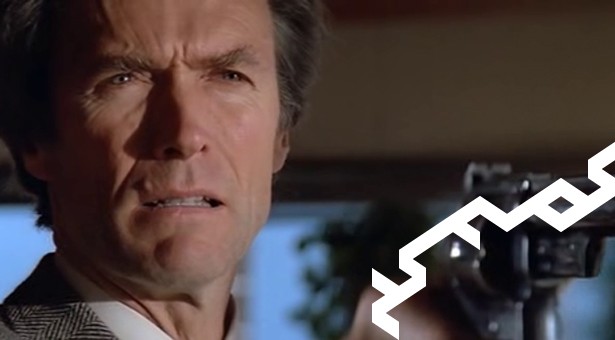 Clint Eastwood has been a public figure for over fifty years and has managed to transform himself from a B-movie actor at Universal Studios into a film star and director. Though he is one of the most respected living American film makers he does not consider himself an ‘auteur’ director. He has directed over thirty films. He will turn eighty-three this year, yet shows no signs of slowing down. Last year he returned to acting after a four-year pause. He performs again in Trouble with the Curve – the debut of his “student” Robert Lorenz as both director and producer. Lorenz served as the assistant director of several of Eastwood’s films. In the Czech Republic the film has just been released under a symbolic title ‘Zpátky ve hře’ on both DVD and Blue-ray. Another sign that Eastwood’s work is still highly respected is the fact that this book of interviews has been recently reprinted by the University of Mississippi.

As part of the very successful series ‘Conversations with Filmmakers’ this collection of interviews with Eastwood was published by the university in 1999 as one of the first volumes of the series. Now, fourteen years later, this collection is the first volume to be revised and updated. As the book editors, Robert E. Kapsis and Kathie Coblentz, discuss in the preface, Eastwood´s body of work has not only grown in number but there has also been a significant change in its public and critical reception in the US in recent years. 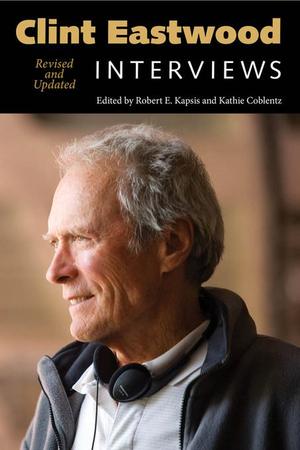 Kapsis and Coblentz suggest that by the time the first edition of Clint Eastwood: Interviews was released in the mid-nineties, Eastwood was perceived by the majority of Americans as an iconic actor ‘playing’ with film directing, despite him directing over twenty films. This public attitude remained even after Eastwood won four Oscars (including one for Best Director) for Unforgiven (xvi). Eastwood has always enjoyed more respect with European audiences and critics- indeed, it was Sergio Leone´s European spaghetti western films that provided a defining moment in his career.

The book therefore presents with interviews an interesting division between the reflections of his work in the US and Europe. While the American critics mostly focused on his status as a film star, their European colleagues were more interested in his directing successes and asked him more curious questions. For this reason, almost half of the texts from the original edition came from European sources. The current reprint, however, favours American sources: only nine out of twenty-seven interviews were made by European authors. Two thirds of the book consists of some new materials (the introductory chapter is followed by a list of the texts omitted in the original edition).

It is not difficult to imagine the complexity of the task the book editors had- dealing with the countless numbers of articles on Eastwood which have been published since 1971, when he directed his first film Play Misty for Me and the first interview of the publication took place. To select a representative collection as well as the most complex sample of texts while avoiding being repetitious certainly was not easy. However, Kapsis and Coblentz succeed in avoiding this editorial trap.

It is not just the transformation of Eastwood’s critical reception of the work, which is clearly demonstrated in their book, but also a certain alteration of the concept of some crucial themes of his work- especially the topics mostly associated with Eastwood: heroism and violence. Gender issues more present in the last decade of his work are also highly visible (including the Oscar-winning motion picture Million Dollar Baby). Among other critical aspects taken into consideration in the newly added interviews are even the musical arrangements of his films in which he himself has become more involved, from Mystic River onwards. Discussions are also included about his role as producer, which gained more attention after Eastwood obtained the Irving G. Thalberg Memorial Award at the Oscars in 1995.

Another essential contribution to this publication is the possibility of more clarity when reading between the lines and deducing the director’s creative philosophy (called ‘the Eastwood touch’ according to Pascal Mérigeau, the author of one of Eastwood profiles published in the first edition). Since Eastwood is also a man who was himself briefly involved in politics (in the years 1986-1988 he was a mayor of the town of Carmel in California), and who was at one point called „Obama’s director“ due to connection with films Gran Torino (2008) and Invictus (2009). In hindsight reader of this book will no doubt be curious to know more about his views on social-political questions.

Also noteworthy in this volume is the diverse character of the various sources of texts in the book which are not limited to the classic interviews and portraits of Eastwood from the popular or professional film magazines and books, but offer more, for example transcripts of his television and radio performances. Moreover, the individual texts not only reveal Clint Eastwood´s personality, but the personality of the texts´ authors, who bring their own ideological framework into them – which is most obvious in specialized articles exploring ‘Clint Eastwood’ both as a public persona and a myth created by his films in the text by Peter Biskind.

Of similar high quality to the entire esteemed series of Conversations with Filmmakers, the reprinting of this volume is a meritable and meaningful publication act, created by the careful work of experienced editors, and is one I can recommend without hesitation to absolutely everyone.

Robert E. Kapsis, Kathie Coblentz (eds.)
University Press of Mississippi, 2013
304 pages
The book is available on the website of the publisher