Towards a dialogue between Czech and Iranian film industry 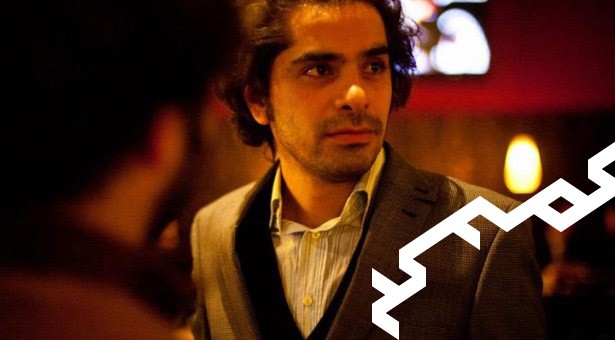 Just one month after winding up the 4th Iranian Film Festival in Prague, you and the Prague Film School succeeded in arranging a number of open-to-public workshops with the acclaimed actress Leila Hatami. How did the public respond to these workshops? And what did Leila Hatami think of her visit to the Czech Republic?

I believe that the response was quite positive. I was in two of the master-classes where more people (from outside the school as well) were present and it was hard for Leila to finish the classes as one question was followed by the next and that was the case for all her time in the school.
She was also very amazed by the eagerness and the competence of the attendees. She thought that all the discussions were quite interesting and that it was obvious that the questions were raised by individuals of rich artistic background. She was especially interested in how the students did a practical practice of one scene under her supervision and how little they needed to be corrected while executing the scene. 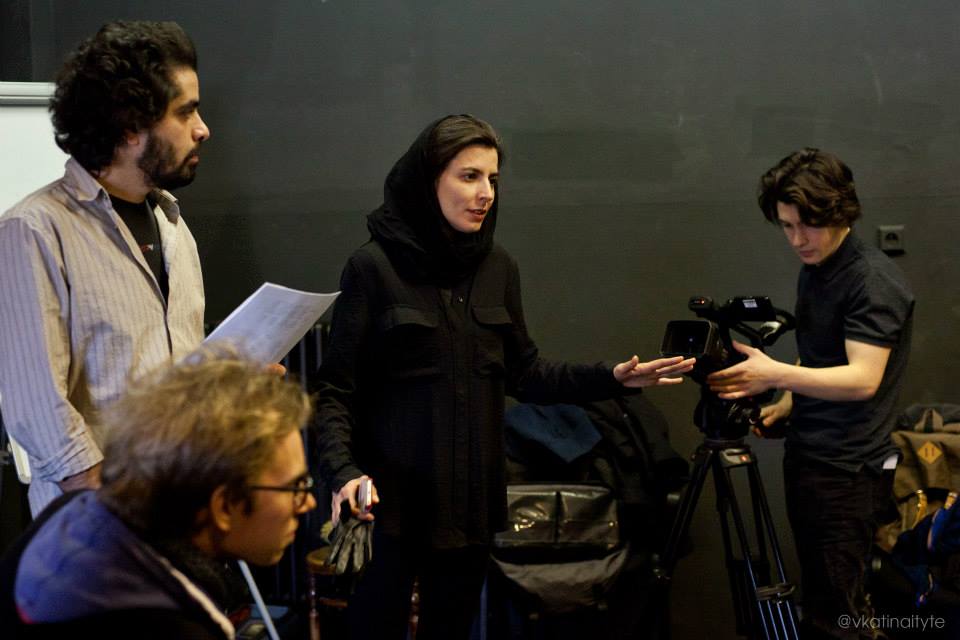 Because of Leila Hatami’s visit, you have also arranged a screening of the film A Separation, which – as one of the few Iranian films – was also screened three years ago in the Czech Republic. A Separation was critically acclaimed around the world. Do you consider this film to be a milestone in the Cinema of Iran?

Asghar Farhadi claims that his films (including A Separation) are apolitical. Yet a number of foreign spectators perceive A Separation to be political. According to you, what lies behind this contradiction?

The contradiction, I believe, lies in the definition of Political Cinema. I personally think that A Separation is not a political film – not even in a metaphorical manner. The fact that it is an Iranian film already gives the potential for being tagged as a political film and I think that it is a misunderstanding of this work. Nobody calls Le Passe (a later film from Asghar Farhadi) for instance a political film but I am afraid that the opinions about this film could have also been different if the setting was Tehran and not Paris.

Let’s talk about the festival itself. It’s been a month since the end of the festival – what would you say about it now?

All the festival team is very happy with the results. The atmosphere of the festival was immensely warm and the overall reaction of our audience to the choice of films was very positive. We are very happy that our audience enjoys the selection of films we bring to the festival every year and we do our best to catch up with their expectations.
This year we had an industry program which was fantastic. Several Czech producers had meetings with Iranian filmmakers and producers and I believe that very positive results will be out soon as the result of the industry program. We are exploring new possibilities every year and we hope that with every step we take, new windows will open to a mutual platform for film dialogue. I hope we are on the right track.
There are several established production-houses in Prague now which are in direct contact with Iranian producers and naturally, it will take a few more years until the cooperation gets strong, but we can already see how it is starting and we do our best to help it continue.

I cannot say that. I sincerely believe that the general approach of the Czech people towards Cinema is very serious and cultivated. It is true that we are offering the possibility for our audience to explore more of the Iranian cinema but getting interested in a certain type of cinema needs prior artistic background and education which is built through years. Our role comes into play when we choose a collection of films that very often match this background and expectation.
The number of foreigners coming to the festival is relatively high, but naturally it is not as high as the Czech audience. We do believe that the festival should be accessible to everyone and we are very excited to see a wide range of nationalities attending the screenings of the festival. 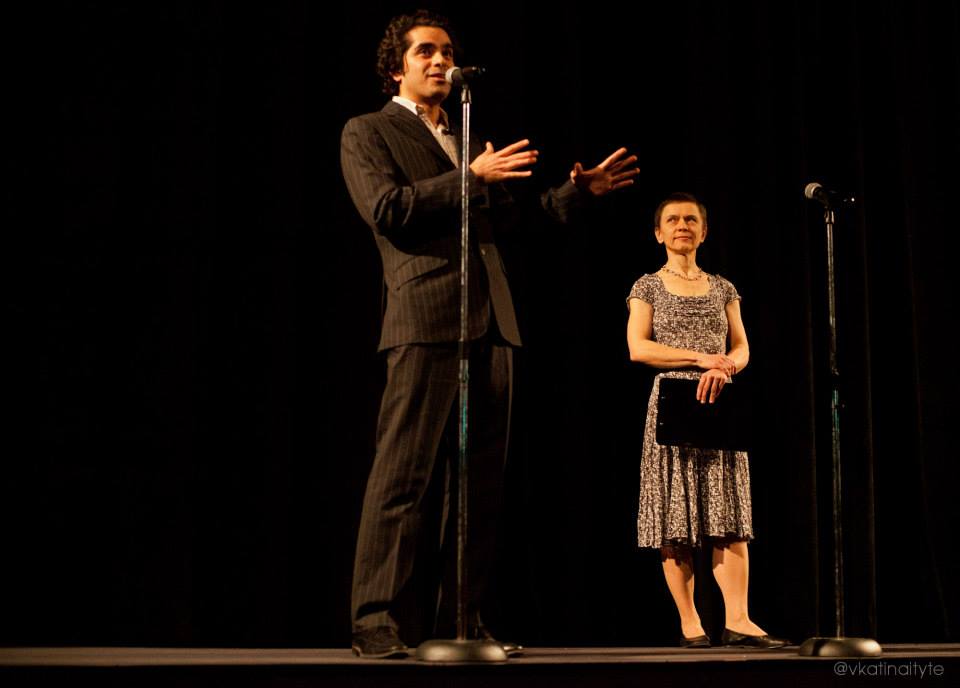 The festival often screens films focusing on taboo topics (e. g.: this year’s film selection called “Rebels of Iranian Cinema”). To what extent does the festival cooperate with the official Iranian institutions? And how does cooperation between you and the Czech official institutions look like?

Our level of cooperation with the official Iranian institutions is focused on official film institutions which hold the rights to some of the films we screen every year in the festival. This year, for instance, there was only one documentary film in our program whose right belonged to an official film institution and we were in touch with them in order to get the rights for the screening.As for other Iranian official institutions, our cooperation is none.
Regarding the Czech official institutions, we have been in contact with the Czech embassy in Tehran which was extremely supportive and helpful with all the matters related to the guests of the festival coming from Tehran.

Not really. I believe that the festival audience can easily draw a line between these two totally unrelated topics. We have been a film event from day one and we will stay one until we exist. Politics and all the connected topics are from a different world which is alien to us and to the character of our festival.

One of the most attractive film titles of this year’s festival was a film called A Girl Walks Home Alone at Night – a genre hybrid and a so-called “film that is not, and yet is about Iran.” Do you know how the film was received in Iran? It was known from the beginning that the film will not make it to the Iranian film audience through the official channels, but even the director herself strongly believed it will be distributed illegally through black-market copies… How many films of this year’s festival program – in percentage – were also legally distributed in Iran?

The film won’t make it to the cinemas in Iran but will most probably become a sensation in the black film market. I agree with that fully.
There is a new program in the Iranian cinemas which is called „Art and Experiment“. Through this program, many of the art-house films that cannot make it to the mainstream cinemas will be screened in a smaller number of cinemas and for a shorter time for the so-called „art-seeking audience“. Through this program, many of the films in this year’s program have already (or will) make it to the cinemas in the „Art and Experiment“ program.
If we put the short films and the short documentaries aside (as they usually do not make it to the cinemas anyways), I would say that about 20 percent of the films in our selection won’t see the light of the silver screen for the time being. 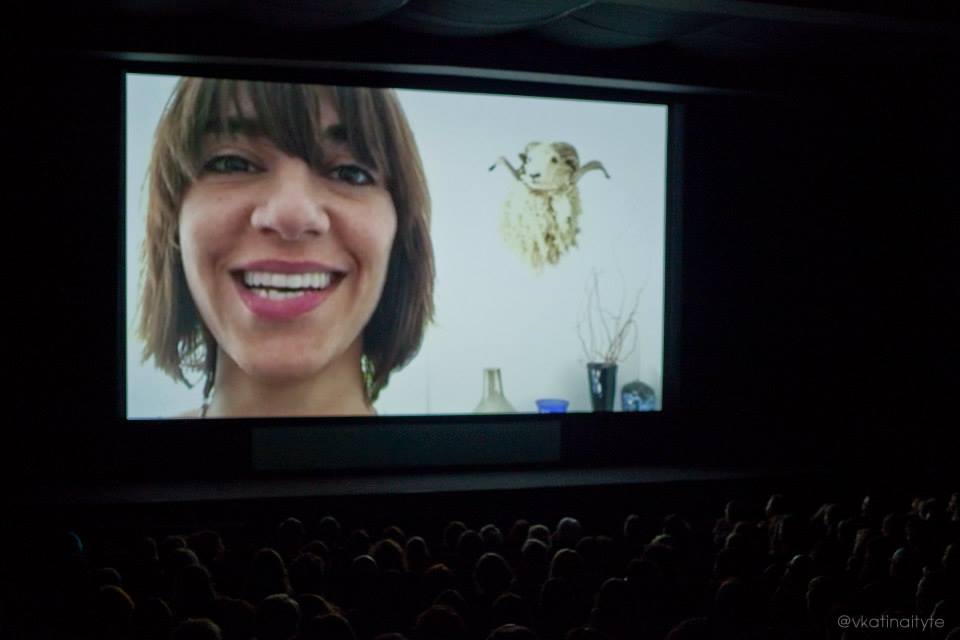 Over the four years of existence of the Iranian Film Festival, has there been any important moment, from which you or your team gained a lot of experience? What changes would you like to do to the festival in the future?

I have to say that I am the happiest person in the world when it comes to the team of the festival. We have an amazing team, almost like a small crazy team of film lovers who are running this festival with heart. It would be literally impossible for me to mention any specific moment that would stand out from the rest most probably because the whole journey has been a fantastic one for all of us.

And a typical closing question: what films/film makers do you dream to get to be a part of the Iranian Film Festival in the future?

You may say that it is a typical question, but I am afraid it is a question which is impossible to answer as every year, we have a theme to follow and many times, we leave a film or a filmmaker out of the program simply because it does not match the theme. There are also some filmmakers that we would love to bring but there are always many obstacles and difficulties along the way. But if it is a question I can answer with no limitations of imagination, it would be: Abbas Kiarostami.

Thank you very much!
More than welcome.