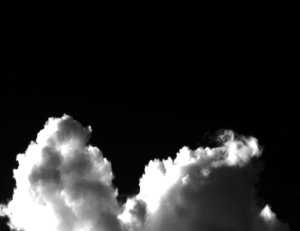 From where do images emerge?, is one of the questions that come to my mind when I let in the work of the Toronto based director Mikel Guillén wash over me. His tenth and newest short film, Intermission (2017), which has not yet officially premiered, expresses, like most of his previous work, a restlessness underlying the quiet images and rhythms that surface. The film creates a sense of universal, cosmic flow. Such becoming is perhaps most apparently presented in the ‚moving still images‘ that feature prominently in the 2014 short The Natural State. Just imagine a painting that lives and breathes. Not a painting or figure in a paining come to life. Rather a subtle, half-perceptible pulse in the seemingly inanimate. At times, I feel reminded of the mid-period work of Kiyoshi Kurosawa. Like this famous director’s slow, constant and unnerving reframings of gradually (dis)appearing human bodies, Mikel Guillén creates work where everything moves, ever so slightly. One might be unsure if the movement is in the images or in just a mirage created by the perceptive system of the beholder.

Images of wonder, of natural wonder reoccur. Gazing at the sky. Sensing the wind blowing over bleached winter landscapes. Trees inviting the spectator to join them in their audiovisual murmurings. Humans co-exist in this world with primordially constructed nature, having lost the drive to propel anthropomorphic narratives. In Mütter (2015) a mother, a child, the forest, clouds and sounds of the fauna are presented. The links established between them are affective and without hierarchy. All are intertwined in a dream-state of an uncertain origin. If it recalls any recent image- and sound-making, it would be the opening of Post Tenebras Lux (C. Reygadas, 2012). This is no conventionally realist language within which cosmic nature and the human with it are made. What a viewer is faced with, is rather an expressionist soothing dreamy nightmare made as much in pre-production as in post. Filmmaking that creatively uses all the tools that the post-digital media technologies offer.

The temporal structuration of Mikel Guillen‚s shorts is often cyclical, as if to eschew the narrative teleology of forced development that has come to dominate mainstream filmmaking almost a century ago. Like the circling camera on a drone that helped create the hypnotic Sadness of the Trees (2015), on which he collaborated with Scott Barley. There, as in all of Mikel‚s films I’ve seen, I am struck by the soundscapes. They bring forth bodily memories of lying under dark, starry skies, waiting to fall asleep, not knowing which half familiar sound will be the next to pierce the heavy night. This tension between anticipation of what will come, all the while knowing that which will come is not entirely unknown, is perhaps the most intense experience when watching these shorts.

Hi Mikel, thank you for doing this interview for 25fps.cz. Could you tell the reader something about yourself, specifically your background and how you came to create shorts and develop your aesthetic? 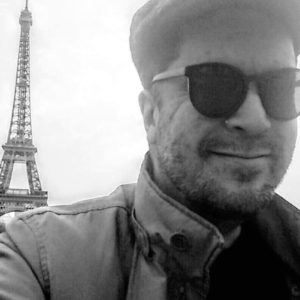 I am based in Toronto. I grew up displaced in many countries so I have not even an ounce of nationalism in me, not even patriotism of any sort. I have been fighting my attachments all my life. That battle ended many years ago. My Cinema has two channels, one that is fully aware of its intention to create and another one that is unknown. Branches and binaries are created. The variety of subjects is part of the equation that is based on the real mystery, anonymity, restraining, spirituality, mysteries, metaphysics, sadness, melancholia, displacement, identity.

At the same time, there are no equations, nothing is complete. I truly believe that sadness, hope, love walk hand by hand and our connection are through love and compassion in combination in a symphonic concerto. Both energies are completely separated and unified by humanity’s love and other emotions that are also part of its concerto’s score. Aesthetics are mainly painterly references, nature, natural lighting and the night, darkness.

You appear to mix different media in your work (film, digital, painting). What is it that this practice offers that keeping to one medium could not? How do you integrate various media technologies into your creative process?

It is true that I use many technologies. The idea comes from an intention to enrich the original idea of the concept. I use technologies that are new and others that are ancient. For instance, in my collaboration segment with Scott Barley‚s The Sadness of the Trees my approach was inspired by literally sitting and contemplating a still photo that was shot with a pinhole camera. I wanted to “get into the tree”. The idea of my segment came long before shooting that photo of the tree, then I arrived to another challenge, which had to do with filming with a drone in a public space, but I am glad that the whole idea and intention came through really well. I truly believe that my process relates to the use of ancient techniques combined with new ones. This also helps to provide wholesomeness and enrich the whole structure of the main idea for the film. One medium film projects are equally challenging. I use technologies also to create a sensorial palette of visual and sound landscapes. I see my films in an installation setting more than a film festival.

Many of the images you create have a pre-cognitive, elemental force to them. Am I correct to see a direct influence by Tarkovsky and Reygadas? Could you elaborate on these and other influences?

Thank you for your kind comments about the images. Most of us grew up watching and being influenced by Tarkovsky. Not only image wise but editing, sound, music and themes. Reygadas was something that I didn’t plan or wasn’t inspired by when I created and shot Mütter. My main inspiration for Mütter was and still is Rene Magritte‚s painting, Empire of Light (1953). The rest came about in a camping trip, how mothers related to their children at one of those camps and the car trip back.

Many people have commented about that reference to Reygadas. I have no explanation. I don’t know how it came about. I am not conscious of my creation in that sense, meaning, I don’t plan a shoot and say, “Oh, this can be inspired by Reygadas or Dumont”. Not at all. It’s all very much driven by a pool of emotions that are driven by an idea. The idea has an emotional intention instead of an intellectual one. Intellectual practices tend to stop movement and I need to create movement. The importance of restraining is very important to me. Asceticism is very inspiring as well as part of the whole artistic and technical process.

The main influences are Robert Bresson, Jean Vigo, Jean Epstein, Jean-Marie Straub & Danièle Huillet, Béla Tarr, Michael Haneke, Bruno Dumont, Philippe Grandrieux, Luis Buñuel, Pier Paolo Pasolini and many more. But I also believe that cinema has to come from the outside, nature, humanity and more instead of films. 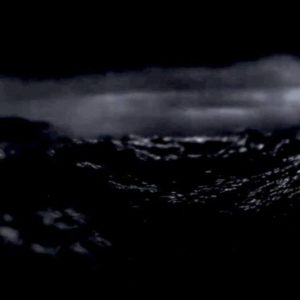 Your films are all pretty dark and mostly in black and white. What is it that draws you to create with such darkness free of colors?

Darkness and light are extremely important to me and my process. I love the scale. I think the scale is the best tool, inspiration, drive, reason to create wok. The most powerful discourse is in a dark room, contained seating and full of sounds and images black and white will be the richest and deepest experience in my opinion. It can be projected in a wall in a gallery, at a museum with curatorial intentions or simply a theater.

Further stylistic/thematic elements apparent are the cyclical construction in terms of narrative as well as a certain restlessness. Could you tell us something about this?

The cycle’s intention is more present than ever in The Natural State. I think cycles have a metaphysical reason, presenting a time cycle contained into many emotions, intentions, beauty, philosophy and time, how time is constructed and how the „real“ is intended to be perceived.

Has anything changed for you since you began making films? What do you consider to be your biggest successes so far? What are your upcoming projects?

Not many things have changed since I began my art practice. My intentions are the same. Highly influenced by religions, the metaphysical dimensions, humanity and more. Intentions have changed and metamorphose into layers of constrain and minimalism. Intermission was the latest work, an elegy that had me very proud.

Without a doubt my installation film Mütter has reached unprecedented levels. The film was at several festivals,1 was part of a pool of best avant-garde shorts by an Italian film blog Visione sospesa for 2016. For me the most important moment for the film and me was when avant-garde artist and filmmaker Phil Solomon presented and screened it for his students at the University of Boulder, Colorado in 2016. That was very humbling and very powerful for me.

I am working on Atonal (2018) a meditation on Male Asexuality, shot in S35mm and using ASMR sounds. Plus, Scott and I have a new collaboration film that we will be announcing soon. Winter of 2017–2018 there will be a launch of an international avant-garde collective called Obscuritads. Scott Barley, Sebastian Wiedemann and myself. It will be launched in Paris by Nadin Mai and Miquel Escudero Diéguez, and presented by historian and avant-garde film critic Nicole Brenez. 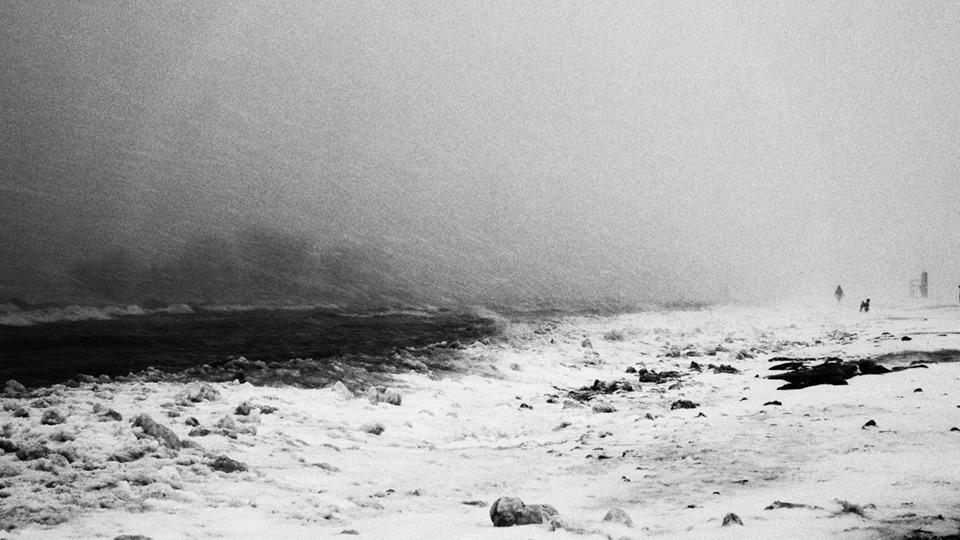 What do you think of the current state of cinema? What films (of any kind) are you most looking forward to?

I have the impression that politics are very much in the forefront of art practice and film. I wish we could move to more poetic intentions. But I know this might take years or simply never happen in my life time. There are many films that I want to see, for example, the new Haneke, Happy End. But lately, I have been investing all my time in sound and music researching. Mainly contemporary composers, 20th century onward and sound art.