Marienbad Film Festival: Where is the Experiment?

What I remember most distinctly after arriving at the famous spa town of Marienbad is how fresh the air smelled. It was like walking in the woods. The constant drizzle over the next few days kept this fresh atmosphere in the air. But, alas, the question is, how much this breath of fresh air was carried by the third edition of the Marienbad Film Festival.

The festival aims to both make experimental cinema accessible to wider audiences and to offer a platform for creators. The programming was in a sense eclectic, offering among others Dino Risi‚s commedia all’italiana classic I Mostri and Gustav Machatý‚s Ekstáze in the Gala section (the relationship of which to the rest of the festival programme is unclear to me), a wide variety of Czech shorts, mid- and feature-length features in the Theatre Electrique section, which was also the competition, contemporary lab-based analog experimental film from Italy in the Cinema Excelsior section, but also presentations of other strands of Czech film from other Czech festivals (B16, PAF) in the Fata Morgana section and the possibility of a variety of hands-on experience in the Industry Program. One could visit all sections at a leisurely pace, thus experiencing a wealth of film-making modes and practices. The spa section of the town is small, and most venues surrounded its central park. As one spent part of the days walking around the place, the discrepancy between spa town conventionality and the world the festival aimed to present became very clear. It was a strange experience, taking part in a festival that aims to look forward, to create new possibilities within the contemporary dearth of Czech experimental cinema, while walking through a town dominated by petit-bourgeois spa tourism.

Screening at the municipal museum

On the Limits of Czech Experimental Cinema

The Czech competition was mostly filled with two types of films. Documentaries made with a slight hints of an auteurial approach, all the while conceptually remaining within a TV documentary framework, and films whose makers appear to think, as the philistine cliché goes, that experimental means not well-made. While some of the former were at times strong works, one could not help but think about what they were doing at a film festival dedicated to experimental cinema. These works, including this year’s winning film Štvanice (Michaela Režová, 2017), offer intriguing, if relatively conservative ways to create documentaries to be syndicated by state TV. I write conservative, in that they rely on narrative voice or interviews to convey information, and while the visual playfulness is amusing and entertaining, but adds little from its subordinated position. It mostly serves to remind how much of what is shown on TV is not cinema, as images merely serve to illustrate a point. The most successful among these relatively conventional films, was a feature length project about the city of Brno Všechno bude fajn (Robin Kvapil, 2017), a film which updates the language of older Czech satirical comedies to make acerbic comments on the current political situation. But as much as it is successful as a political comedy, as little is there a reason for it being included in an experimental cinema competition. As for the second group, the best of these works remind of music videos, the worst offer half-baked ideas expressed mostly in their descriptions but not the films themselves. Many were also marred by incessant voice-overs with terrible wanna-be poetic nonsense. Why do these film-makers not trust their images? Maybe if they were to, they could create more intriguing ones. One of the reasons for this limit, I presume, is the lack of a proper scene in this country, as well as evidently outdated conceptions of what cinema can be. Of course, this festival is one that wants to create a space of encounter for alternative film practices, which is more than laudable. But for a scene to emerge, it would require more Czech film-makers to come to this festival, spend time and interact with others, be they local or not. Being cut off from contemporary discourses and film-practices only rarely serves innovation. 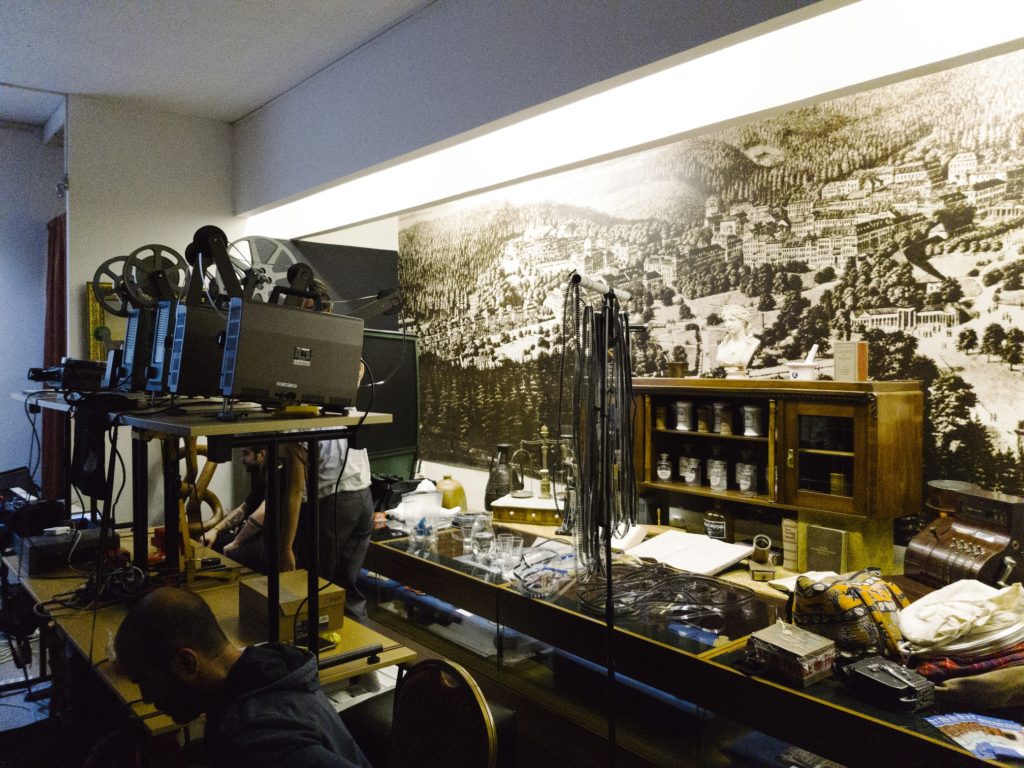 Meanwhile, in the section dedicated to Italian experimental artist run labs, all of these issues became very clear. Unzalab from Milano, Arkfilmlab from Naples and the other projections within the Cinema Ardente section that expands beyond these two labs share what I have not encountered in the Czech section, namely an approach to cinematic images, be they visual or sound, that critically works with not only the referential quality of images, but with their material presence itself. This is what connected all the projected films, including the open-ended film performance Kaleidoshock, where five visual and one sound artist from Unzalab turned the whole projection room into an intense sensory dreamland. A variant of such a sensory dreamland could also be experienced in an installation by Samira Guadagnuolo. While if one were to concentrate on what the images mean, it might prove difficult to find a relation between all these Italian shorts, it is the way that images are approached that a common and evolving background becomes apparent. The focus on cinematic materiality seemed to be uncommon for the Czech audience, who during Q&A sessions after each projection insisted on asking questions about the referential contents of images that were striving very hard to be more than content. Now, to be honest, there were Czech films that occasionally showed an interesting formal approach to image-making, most notably Ócuka (Milan Mazúr, 2018), which in its best moments evoked a mix of Grandrieux and landscape cinema, while making impressive use of its Czech locations. Still, the film did not entirely come together in the end, among others because of ill-fitting voice-overs.

Nevertheless, films like Ócuka and some of the genuinely playful and enjoyable films shown in the section showing a selection of films from the festival PAF Olomouc do indicate that original voices are perhaps emerging, even if I myself largely fail to see how they take up any currently pressing issues, thus often being little more than amusing exercises. Some senses of a breath of fresh air. Perhaps it is in this playfully irreverent approach mostly present in the films in PAF Olomouc section that a Czech tradition of experimental cinema lies. While they may not offer the sensory and conceptual delights I seek in experimental cinema, they do often subvert an unproblematized iconicity of images in unexpected ways.

It is in this sense, I think, that the apparently rarely screened films by Jiřího Smýkala Donné who started making surrealist and dadaist films on his own in the early 1980s, work with images. Surrealism was of course a strong influence on some Czech New Waves film-makers such as Jan Němec, whose influence I sense here, and it was pleasant to see Donné’s works which cheekily develop the language of silent cinema, while being very much of their own time. The section dedicated to this film-maker was realized in collaboration with the B16 short film festival from Brno. In the introduction to these films however, it was again clear that there is a lack of people who would have clear ideas of what experimental film practice has meant and could mean. As with most other introductions and Q&A sessions, the word experimental was used haphazardly as its utterance itself would conjure up quality. 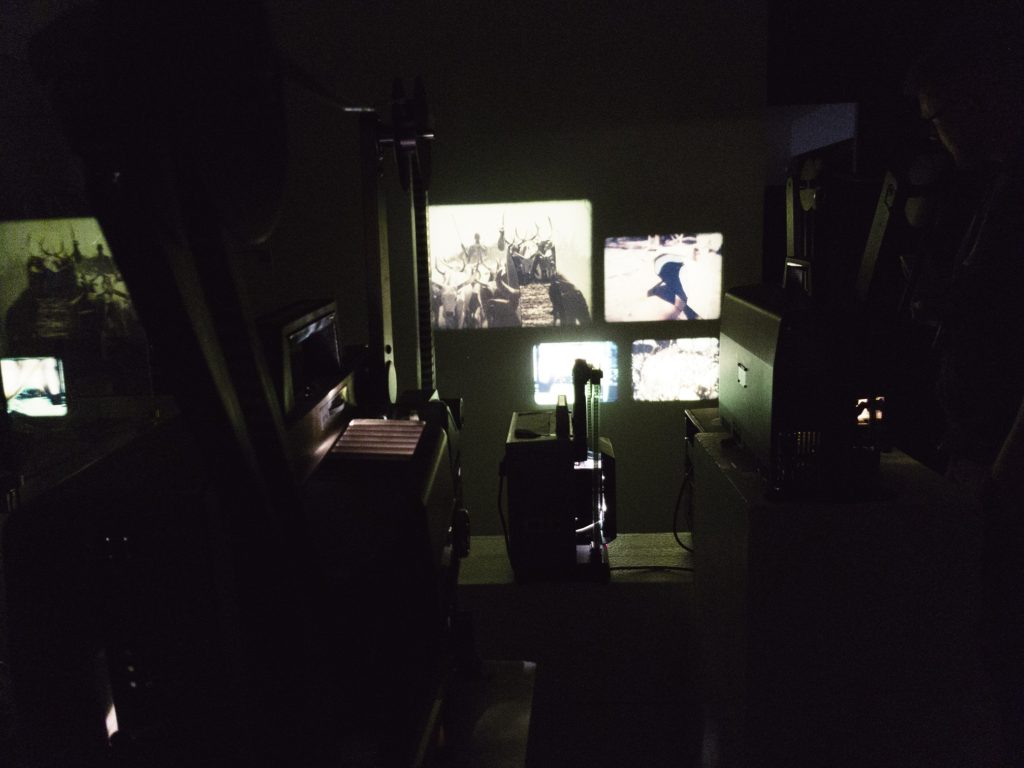 Unfortunately, most of these enjoyable films were not shown in the competition. What one could glimpse of the future of Czech experimental cinema in the Industry section in an event dedicated to generating possible financial or practical support of emerging projects, did not yet prefigure any maturing of the scene. Indeed, most of what was presented was again very conventional from its very conception, with presentations filled with big, yet empty words. Still, based on some early footage, there were one or two films I am excited to see how they will turn out.

Among the most delightful events was the workshop in hand-made film with Martin Čihák and František Týmal. To touch, to smell, to develop and manipulate film was a great possibility to get to know the medium of film differently. All the more delightful was that the short film strips that were created in the workshop were later projected after one of the regular screenings. What is unfathomable is only the low number of participants in the workshop, for I cannot imagine a better way to get hooked on analog film-making than through hands-on experience. Similarly enticing was the integration of the MyStreetFilms project, especially the three day workshop, within which a small group of participants created one-minute films that were shown at the festival. Again, the films themselves did not evidence any clear notion of what experimental could be, but the project itself is only commendable.

The wealth of the program in this small festival makes it impossible to comment on all events. Suffice to say, that despite my reservations about Czech experimental cinema and the minimal attendance of some of the more promising activities, the whole festival seems to be a very successful venture. Fitting the cool, rainy weather already awaiting fall is the sadness I felt at the coldness of the Czech festivalgoers. This extends to what I perceive as a lack of a lively, informed experimental cinema scene. Indeed, only when talking with Italian film-makers did I sense cinephilia, a love of film. One may only hope that, as the years go by, the creation of this festival will succeed in ushering a scene that can serve as a basis for better and unique experimental cinema. We can but wait and see, next year in Marienbad. 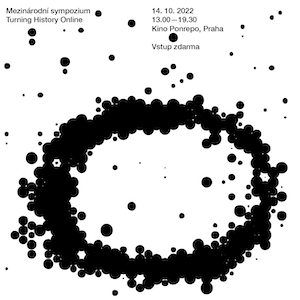 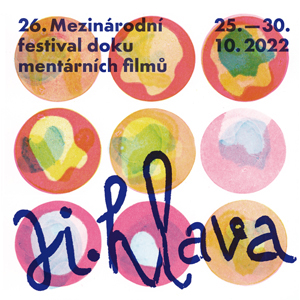 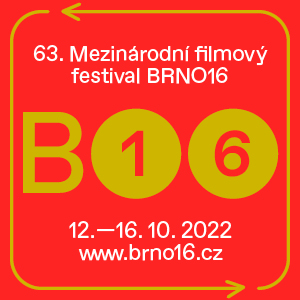 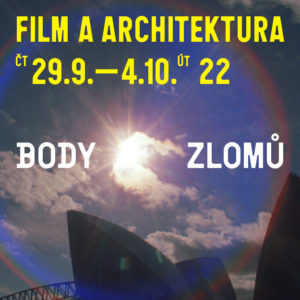