„Story was of first importance“ 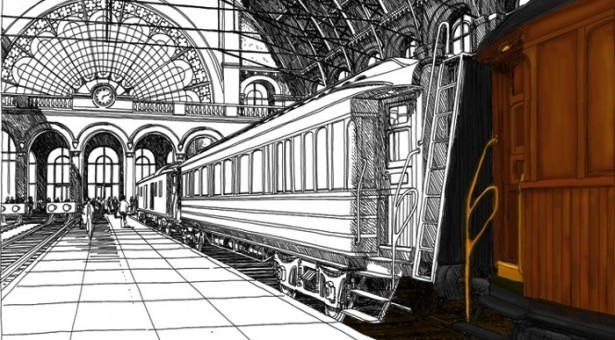 Nicole Tostevin is the owner and designer of a small creative studio Redhead Productions. Evolving from music to graphic art, she created the award-winning, computer animated film Suspended Abbey (1991), before joining the graphics team at Broderbund and specialized in rotoscoped animations for the enormously successful video games: Prince of Persia 2 and Carmen San Diego.

In 1993 she became the art director for The Last Express, an epic-scale, critically acclaimed CD-ROM adventure game created by famed designer Jordan Mechner and co-written by Tomi Pierce. Lavish graphics, historical authenticity and pioneering rotoscope technique were the hallmarks of her efforts. We talked to Nicole about her independent film work as well as Prince of Persia 2, but more than anything, we spoke about challenging adventure with The Last Express…

In 1991 you made computer animated short movie Suspended Abbey, which won many awards. Tell me more about this film…
Suspended Abbey was a 14 minute experimental computer animated film that was my master’s thesis film at California Institute of the Arts. In 1991, I was in the experimental animation film department and was working with some amazing animators; Jules Engels, a famous experimental animator from Disney and UPA, Vibeke Sorensen, a digital multimedia artist, and Christine Panushka, a brilliant independent animator/filmmaker.

The film is a dreamlike journey through a computer animated medieval monastery whose Gothic landscape seamlessly flourishes and deteriorates before your eyes. It is a very subtle film. I wanted it to be a visual meditation on the themes of erosion, time and faith.

To create the effects, I digitally manipulated still photographs of abbey ruins that I took while traveling in Ireland and Wales. I thought, “Wouldn’t it be amazing to recreate these monasteries back to their glory and then deconstruct them, bit by bit, pixel by pixel, so that it looks like they animate over time?” I then filmed each frame off the computer screen with a 16mm camera. 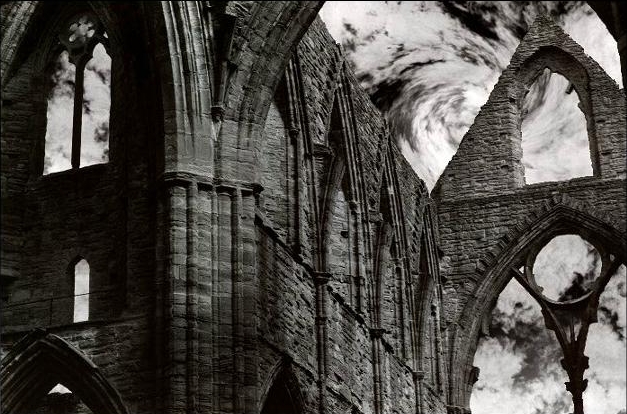 It was really fun to make but was very cathartic since I basically lived in my editing studio. I composited the photographs on a Mac II using the first release of Photoshop 1.0 and then animated the frames using Macromedia’s Director. We’re talking very very simple dissolves from photo to photo. So I basically created animation from dissolving from one photo to another. Back then they didn’t have programs that dissolved between photos like the Ken Burns effect you see now days. It was a beautiful film that took forever to make.

I was really surprised how well it did in the film festivals since it was a non-narrative experimental film, but it received over 20 domestic and international awards and was a finalist for a Student Academy Award and won the CINE Golden Eagle Award. It went all over the world, to Japan, Italy, Framce, Spain, Israel, Belgum and Germany, and most importantly, the Sundance Film Festival. One of the Sundance program directors saw it at San Francisco film festival (since I did not even apply to Sundance) and said: ”This has to be in Sundance.“ And I said: ‘What’s Sundance?’ (laugh) Thankfully, I didn’t admit I hadn’t a clue about the Sundance Film Festival. 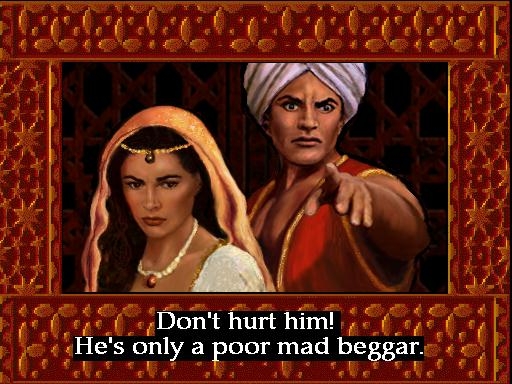 And after Suspended Abbey you worked on Prince of Persia 2?
Yes. After I made Suspended Abbey, I went to work for Broderbund Software and started working with Jordan Mechner on Prince of Persia 2. I painted and animated most of the character non-interactive sequences (NIS). I ended up creating the look and feel for the Prince, Princess and Jafar. Since in the first Prince of Persia they were just little pixels. That’s when I first started experimenting with a rotoscope technique of painting on photos from old movies to create characters and simple animation turns. Jordan was using his own rotoscoped footage for the interactive animated characters but I was using photos of Vivien Leigh for the Princess and Laurence Olivier for the Prince. 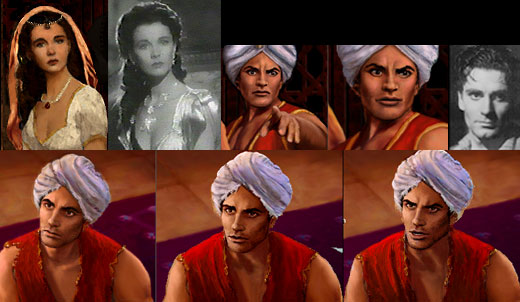 After Prince of Persia 2 I started working at [Smoking Car Productions] with Jordan Mechner and Tomi Pierce on The Last Express. Jordan asked if I could use photographs as the base for creating an Art Nouveau look. I said: „I don’t see why not.” I got to work with some amazing programmers like Mark Moran, Noel Marrero and Robert Cook to create our Digital Rotoscope technique and our proprietary software. I started by studying French magazines with Art Nouveau paintings by Alphonse Mucha as reference when first designing the characters. We tried to be as authentic as possible about the period since this was historical fiction. Donald [Grahame] did all the 3D modeling of the Orient Express from the historically correct placement of the windows and door. He literally built the train model starting from digital nuts and bolts. He is brilliant… But we all started from the script that Jordan and Tomi wrote. The story was of the first importance — that was the basis for hundreds of animatics, storyboards and illustrations. 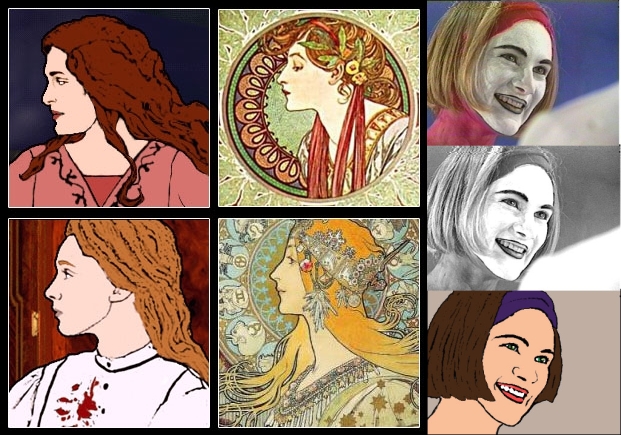 The Last Express (1997) – on the left: Alphonse Mucha’s paintings used as reference when designing characters / on the right: first makeup tests

So, what exactly was your part in making of the The Last Express?
I was many roles throughout the three years but throughout the whole production I was the art director, character designer, User Interface designer and lead special effect animator. At first I had to set the look and feel style for each character starting from how they photographed with makeup and costumes and how the animators painted them. Each animator had binders which specified the particular details of each character for reference so they’d know how to touch up each cell. There was quite a bit of a hand touching on every single frame. It took forever. At one point there were 20 animators cleaning up interactive frames. Michael Kosacki and I did all of the non-interactive stuff like pulling into the train station, the animated backgrounds when Cath jumps on the trains, the exterior train animations and my favorite, train explosions. You can tell when those are since the resolution always gets a lot better. (laugh) It’s like you are watching a little movie. So these were done with After Effects by compositing different illustrations and animations like explosions, mist and stuff like that.

From left to right – shot footage colored and implemented to the background. Final look is on the right.

I think it is amazing in looking back 20 years of how we were able to crunch down so much digital information into so little space… If we were to make this game now, it would be a whole different game. Back then we were just crunching data since computers were so slow and memory was so expensive. But we pushed the limits of what we could do. We were on that cutting edge: it really was just a little too early for motion capture. We debated: Should we go for the motion capture and use 3D modeled characters? No computer game at that time had good 3D characters. We wanted to have more of a film look rather than 3D animated characters like Toy Story which took many more years to make and employed many more animators.

So, how to rotoscope? Use the emerging motion capture that was just being developed, or go for the very old technology of rotoscoping? We found out that the video footage we shot just did not have enough high definition at that time to work with rotoscoped images that were shot at a distance. If we waited a couple of years for high def, sure, it would have been awesome; then we could have used video and have had much higher quality. But in the end, we had to rely on film. We could not shoot the whole thing in 35mm, because it was too expensive, so we used good old 16mm. 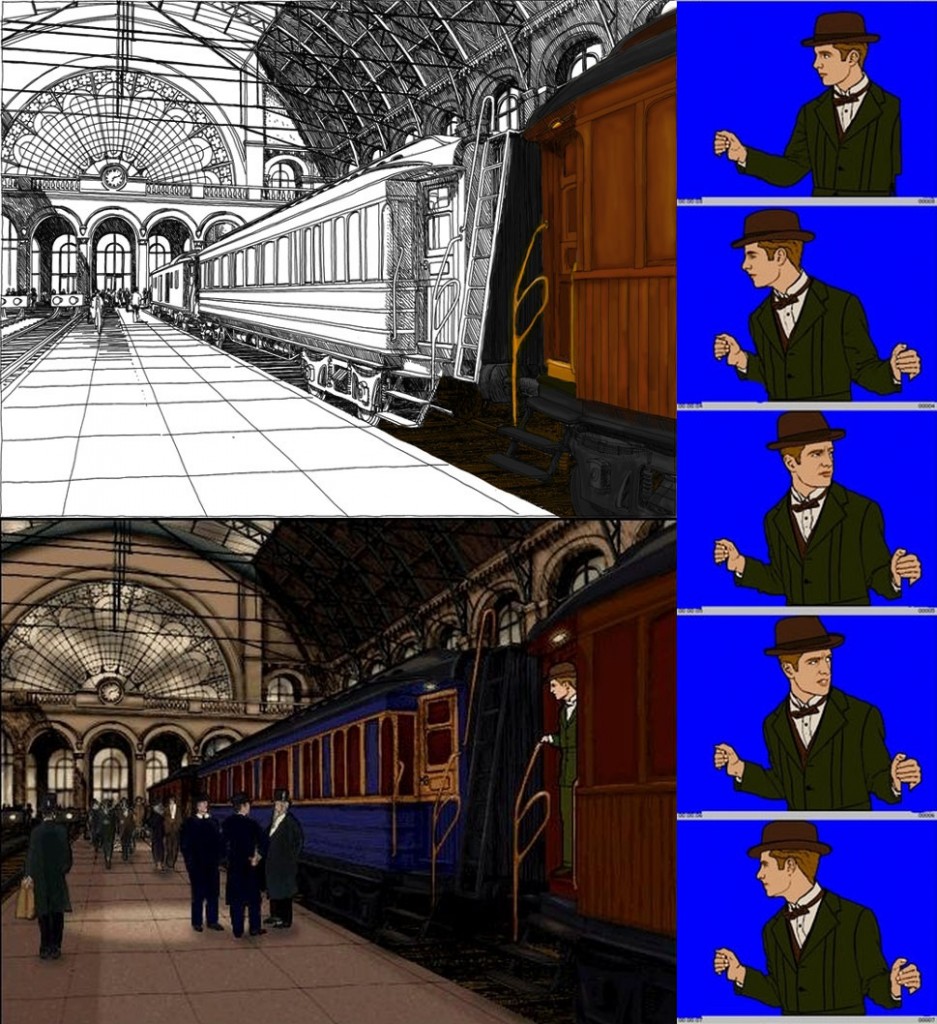 As the player can observe all the characters and their actions from different positions (while he is sitting, standing nearby, following the person…), we had to shoot the actions from many different angles. For this amount of sequences, we created in-house software which could turn photographs into line art. Full motion (in this case 15fps) was saved for where it would be most effective, walk sequences in the corridor, where you meet with character’s gaze, so you feel you’re really there, fights and some non-interactive sequences, which lowered the number of frames to fit on 3 CDs. We ended with 2 000 interactive sequences and 160 non interactive sequences.

Did you also design the period clothes?
I worked with costume designer Laura Hazlett to turn her design into clothes that would rotoscope well. I co-designed the make-up with an amazing make-up artist from San Francisco Opera, Richard Stead, who was also wig maker. He made all the wigs since we basically had to outline everything in this black or white tape, depending on if it was a dark material or white material, to create a contrasting edge, because we were always trying to create line art. If you look at the image of the girls, you can see jaw lines. You just have to create contrast, so the artist knows where the lines are, nose, mouth and eyebrows. So we put on a really heavy make-up, almost like a clown make-up, so that you could see where the lines of lips are and the nose lines are… Even the wigs had these weird textural clumps to them. We did test after test and we ran it through rotoscoping software to see if it would need more contrast. That was really fun since I loved the look of it. It was so beautiful. We were lucky that Jordan allowed us to keep trying to get it better and better.  He also had very high standards of what he was looking for.

Rotoscoped result of the actors, who were shot walking in the precisely outlined space matching the size of 1914 Orient Express, meeting eyes of the character (gamer), put to the rendered 3D background.

I helped design the Egg, the inner space with the clock and Fabergé eggs. It was all done with photographic references of real Fabergé eggs. It was not 3D modeled, though I am sure Donald would have done awesome 3D version, but we did not have so much time to work on the interface.

Example of photorealistic vs rotoscoped furniture.

In Gamasutra interview with Mark Moran and Mark Netter, they talk about juggling, how all the programmers juggled at the time. Then I connected this with a secret event in the game, where in your nightmare you can see headless conductor juggling with his three heads…
(laughing out loud) Oh, right! I remember that. I didn’t put this one in. Those guys were so funny… Mark [Moran] and Noel [Marrero], the two main programmers, they were really young. Mark especially, he was this really brilliant teenage programmer genius guy. He was 18 or 19. They were both super young. I’m sure they threw it in there without asking anybody, which is fine, I think it’s great. Those guys were geniuses and I’m sure they needed distraction. I definitely remember juggling. I was juggling at that time, too. (laugh) We spent a lot of time in those rooms… And there were lot of young people, because we hired all these really young animators, people who never animated, but that really didn’t matter. It was really fun just to be around such young people in San Francisco during the dot.com heyday. We worked downtown, go up on the roof at 4 am, run up to North Beach, South Market… It was a fun place to work. It was really the best 3 years.