Film Noir and the American City: Interview with Nicholas Christopher 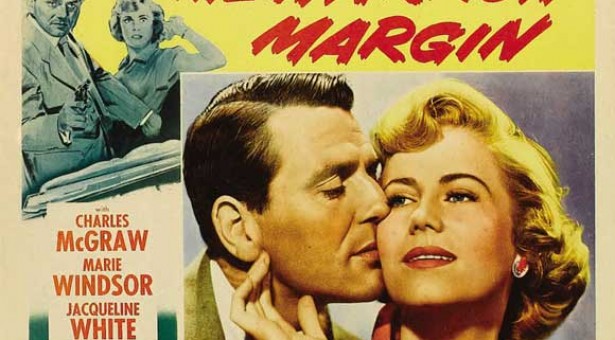 Nicholas Christopher (1951) is an American novelist, poet and author of Somewhere in the Night: Film Noir & the American City (1998; expanded edition 2007). More information about him can be found on his website.

What do you think makes film noir so relevant for our understanding of the American city as portrayed in cinema?
I call it the “fugitive footage of postwar America,” a phrase that has often been quoted now. And I stick by it. It is hard, literally, to imagine the American city without film noir. It is the dark underside, and the subconscious, of the collective mind, heart and soul that is the great world city Spengler discusses in The Decline of the West. Film noir has influenced nearly every American filmmaker from the 1940s on, right up to Scorsese and Eastwood and so many others. I discuss neo-noir films, the true films noirs, not the imitations, like The Grifters (1990) and The Usual Suspects (1995). They continue the noir tradition overtly, but it has truly become embedded in the great body of American films.

Could you explain to our readers what do you mean by the term „necropolis“?
A necropolis is a “city of the dead.” It could be a cemetery. Or, in noir terms, a city of dead souls, a post-apocalyptical city.

In your opinion, which film noir encapsulates best our notions of the noir city? Is there a film which presents something we could label a „definitive noir city“?
There are many American noir cities, which, as a composite, form a template, a definitive noir city. The Los Angeles of Kiss Me Deadly (1955). The San Francisco of Out of the Past (1947). The New Orleans of Dead Reckoning (1947). And New York City in a host of films noirs, but especially: 99 River Street (1953), Deadline at Dawn (1946), and The House on 92nd Street (1945). 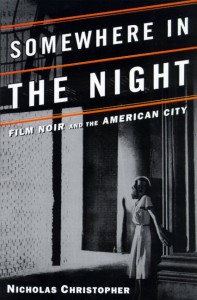 Even though the majority of films noirs takes place in a city, there are some that are set in the country. How can we account for their „existence“? How relevant are they for the noir cycle?
They are relevant in that they carry the noir ethos within the minds and souls of the characters. That is, they take the conflicts and dangers of the noir city with them. There are an entire sub-genre of noirs set in the desert, like Border Incident (1949) and A Kiss Before Dying (1956). And, among my favorites, the films noirs set on trains, which I discuss at length in my book Somewhere in the Night. The Narrow Margin (1952) is my favorite of these. There is also Union Station (1950) and Berlin Express (1948).

Are films noirs made by émigré directors (Preminger, Lang, Siodmak…) different when compared to noirs directed by American-born filmmakers?
They brought a great deal of German Expressionist technique with them from Berlin’s UFA studios, and from Vienna, but they became Americans and developed their styles in the United States. Billy Wilder, for example, who is known for his acerbic comedies as well, was a German-trained director who made incredible films noirs like Double Indemnity (1944), but is rarely thought of in America as a European director. That is really true of all these directors. We are so close to European culture here, with so many European immigrants in the 19th and 20th centuries that European “influence” is omnipresent. Charlie Chaplin, after all, was British, and brought with him the instincts of English vaudeville and the dark spirit of Dickens.

And what about noirs set in European cities (The Third Man or Night and the City come to mind)? Is there something unique or specific about them?
I believe all that is unique is that they are set in Europe. The Third Man (1949) has a British director, and Night and the City (1950) is directed by Jules Dassin, a European who became American and then was run out of America during the political witch hunts of the 1950s. The crucial fact is that the Vienna and London they depict have been directly, brutally affected by World War II. Vienna is a bombed-out city in the film, just as Berlin and Frankfurt are wrecked cities in Berlin Express, another noir shot in Europe by an American director whose family were European emigrés, Jacques Tourneur. (He did Cat People as well). Except for Honolulu, America’s cities were untouched by the war; our soldiers died on European and Asian soil, fighting fascism, but our cities were not bombed. That is one reason, aside from its cowardly attack upon unsuspecting civilians, that 9/11 was such a shock to the American psyche. Our two major cities were struck with our own commercial aircraft, commandeered by murderers. What Europeans knew through two world wars, Americans got a first-hand, horrible taste of.

I was intrigued by the breadth of your analysis – you invoke not only the influences on film noir of hard-boiled novels and German expressionism but also of American painting and photography. Could you briefly tell us about the latter two?
Edward Hopper and Charles Sheeler were crucial exemplars of the noir ethos in painting. Hopper was a through and through New Yorker, who loved roaming the city. Entire tableaux from his painting can be found in films noirs. It is a small irony that as a young man he supported himself by painting movie posters. And that his paintings then so influenced film.

Your book was published in 1998. Since then, has there been a film (or a book, article…) that has significantly altered or enriched your views on the relationship between film noir (or neo-noir) and American city?
An expanded 10th anniversary edition of my book was published in 2007. I highly recommend it! I liked very much Nathaniel Rich’s book, San Francisco Noir.

In what ways has your own literary work been influenced by film noir and your passion for it?
I am an urban writer in much of my work and a native New York. A good number of my poems are concerned with the themes of noir: dreams, violence, war, identity, the city as a labyrinth of possibilities and also a prison. My two novels Franklin Flyer and Veronica are both indebted to film noir; the first is set during the Great Depression and World War II, the second is set in the night city that is New York, and also in the darkest reaches of Elizabethan London.