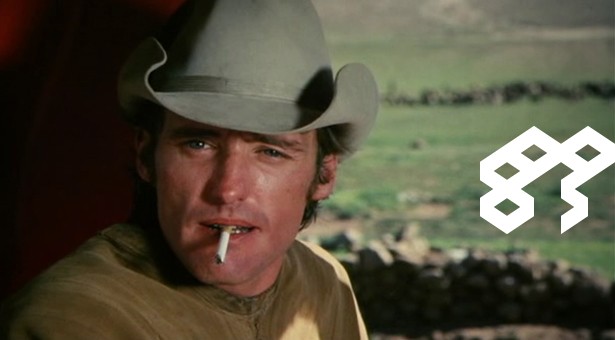 There are few figures in the film industry who had had a toilsome life, yet managed to repeatedly „raise back from the dead“ and reset their careers like Dennis Hopper (1936 – 2010). The enfant terrible of Hollywood first drew attention to himself side by side of the like-minded rebel James Dean. However, he soon earned a reputation of a forbidden actor for his defiant behaviour in Hollywood. Hopper’s memorable conflict with the director Henry Hathaway, during the production of the western From Hell to Texas (1958), resulted in his exile from major Hollywood studios for eight long years. Nevertheless, the same man later aided him in his return to the spotlight in The Sons of Katie Elder (1965) where Hopper appeared alongside John Wayne and Dean Martin. His career continued with the extremely popular Easy Rider (1969), which, together with other progressive films made by young directors, took part in the birth of the New Hollywood. However, he hit the bottom again with the box-office flop The Last Movie (1971). This masterpiece of his dreams was condemned to misunderstanding and still remains in the shadows of the free-thinking motorbike debut. A similar story can be told of his later directorial features, e.g. Canadian punk feature Out of the Blue (1980); or the atmospheric neo noir The Hot Spot (1990). Hopper’s second comeback took place in the middle of the 1980s after he finally beat his drug and alcohol addiction. At this time, due to his work in 1986 on Blue Velvet, River’s Edge, and Hoosiers, the public got more interested in his eccentric characters rather than in his directorial attempts.

Nick Dawson1 writes about Hopper’s subversive, yet undervalued directorial work in the book Dennis Hopper: Interviews (ed.; part of the series called Conversations with Filmmakers). It confirms Dawsons’s thesis on „the misunderstood artist“ on the scope of twenty-six interviews and profiles that range across fifty years of his career. It was Hopper’s life story that fascinated the journalists the most; the story of a shy farmer’s boy from the American Midwest, who became an equal to James Dean. Following in the footsteps of Dean, Hopper also confronted authorities, and later on destroyed his talent due to his self-conceit and, also, drug abuse. Even the texts from the 80s and 90s show interviewers tracing his early and wild career of the 1960s and 1970s, while at the same time discussing the undying legacy of Easy Rider. Nick Dawson cleverly points out that Hopper talked very little about Easy Rider at the time of its premiere (compared to the years that followed). This, Dawson argues, demonstrates how unexpected the commercial success of the film was.2 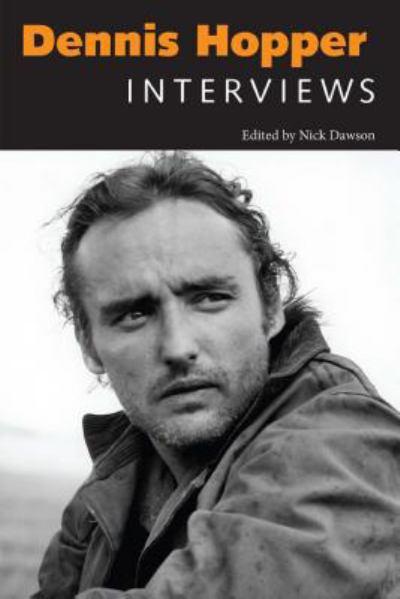 Also, we cannot let pass unnoticed the type of magazines in which articles about Hopper frequently appeared. At the start of his career, he spiked the interest of teenage magazines and men’s and women’s magazines (e.g. Esquire, Gallery, Viva) – all of them focused on his non-conformist personality, and fell into the so-called category of gossip magazines. Nevertheless, all of those texts had one in common: they shared Hopper’s openness. The reader might be surprised by Hopper’s frankness with which he talked (although not exclusively) about his drug addiction. The exhaustive, thirty pages long interview by Lawrence Linderman (1972) contains Hopper’s controversial opinions on the legalisation of heroin, on his own (non-)addiction on cocaine, and his own experiences with other narcotics. The issue of Hopper’s drug addiction is also a major theme for David Dodd, who in his book Playing It Straight: Personal Conversations on Recovery, Transformation and Success (1995) collected a number of artists’ confessions about their drug experiences. Lynn Barber’s later piece for the Observer stands out with her wry commentary on some of Hopper’s past statements and behaviour, e.g. his outraged reaction to Peter Biskind’s book Easy Riders, Raging Bulls, which contained a harsh criticism of Hopper.

However, the most unique interview was conducted by Dennis Hopper himself with Quentin Tarantino in 1994, the year Pulp Fiction came out. It is fascinating to see how these two rebels react to each other – one’s career is just about to end, while the other one’s is just about to boom. The interview focuses on Tarantino’s „private film school in the video rental store“, and on the new wave of violence in the films of their era.

The topics of the interviews often overlap, while some of the information provided differ, e.g. the budget of Easy Rider. Nevertheless, bearing in mind the type of the publication we are dealing with, one has to take this into account. Many interviews touch upon the before-mentioned key quarrel between Hopper and Hathaway – the famous director of the studio era – so when Tony Shafrazi innocently asks Hopper to clarify „who is that man“, one cannot but smile at his ignorance.3

Dennis Hopper remains a captivating artist provocateur even after his death. Though you will probably not agree with his opinions and concepts about the world, the more you will read about him the more you will find yourself drawn to him. Appended with a commented timeline and filmography, the book Dennis Hopper: Interviews is an ideal beginner’s guide to the life of this fascinating film rebel.

Nick Dawson (ed.)
University Press of Mississippi, 2012
240 pages
The book is available on the website of the publisher