The American Dream Upside Down 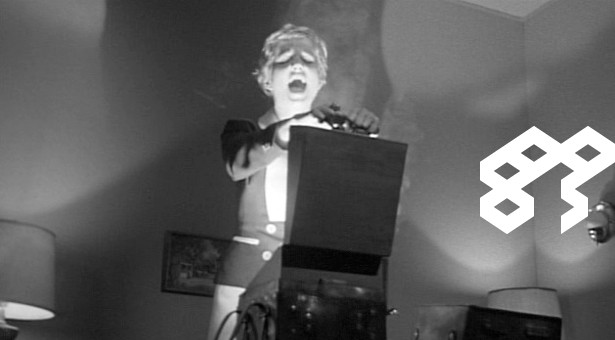 With literally hundreds of books about film noir (and with new additions to the noir bibliography each month) it is extremely difficult to come up with an unexplored topic or a fresh historiographical/analytical approach. In his book Nightmare Alley. Film Noir and the American Dream Mark Osteen, professor at Loyola University Maryland, focuses on various ways film noirs depicted and in most cases subverted the American dream of happiness, prosperity and upward mobility.

While the majority of classical Hollywood films present the American dream as something tangible and attainable, the protagonists of numerous film noirs run into insurmountable obstacles; try as they may, the pursuit of happiness becomes a futile struggle for them. Osteen localizes the pessimism of film noir in the social and political climate during and after World War II. In a society obsessed with consumerism, wealth and upward mobility, the American dream was an ideal available only to a handful of individuals, while the majority of Americans were merely allowed to fantasize about it. The author is convinced that the very concept of American dream is a relevant tool for the analysis of film noir enabling us to unravel the social and political unconsciousness of the era. According to Osteen, film noirs of the 1940s and 50s reflect the desires and anxieties of their audiences. Osteen is very well aware that the so-called zeitgeist theory, of which he is an advocate, has been repeatedly criticized for example by David Bordwell, Richard Maltby and Steve Neale. That’s why his introduction includes a short defense of this approach which concludes with a somewhat speculative assertion that „noir’s alienated characters act out antisocial urges shared by their audiences, being sanctioned to enact what others keep hidden. (…) Film noir (…) was an underground theater where Americans staged the most urgent concerns of a society in transition.“ (p. 14–15) To what extent is Osteen’s approach justified? Each reader has to answer this question for himself or herself. If you accept the underlying premise, you may find the book very stimulating. Otherwise you probably won’t be much impressed by author’s textual interpretations. 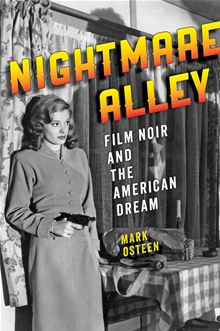 The book is divided into eight thematically separate parts that are further broken up into analyses of individual films in which Osteen demonstrates impressive knowledge of psychoanalysis, feminism, cultural studies or even music theory. The first chapter discusses noir dream sequences which according to the author often serve as vehicles for collective traumas and neuroses. Among the films analyzed here you can find Strange Illusion (1945), The Strange Affair of Uncle Harry (1945) or Hitchcock’s Spellbound (1945). The next part investigates motives of amnesia and switched identities that can be found in films as diverse as Out of the Past (1947), My Name Is Julia Ross (1945) and No Man of Her Own (1950). Chapter 3 focuses on noirs featuring war veterans who – in films such as The Blue Dahlia (1946) and Crossfire (1947) – often cope with posttraumatic stress disorder and try to reintegrate back into the society. In the next section, Osteen deals with paintings and portraits that represent pivotal motives in Preminger’s Laura (1944) or Fritz Lang’s diptych Woman in the Window (1944) and Scarlet Street (1945).

A separate chapter investigates the role of automobiles that are prominent in noirs set in the Los Angeles area (e.g. Double Indemnity, 1944) or involving stories of runaway lovers (Gun Crazy / 1949 and They Live by Night / 1949). Music and characters of musicians are scrutinized in chapter 6, in which Osteen draws examples from Siodmak’s Phantom Lady (1944) or Roy William Neill’s underappreciated Black Angel (1946). Chapter „Femmes Vital“ focuses on noir’s portrayals of women (for example in Gilda / 1946 and The Damned Don’t Cry / 1950) and on women filmmakers – scriptwriters (Ketti Frings, Catherine Turney), producers (Joan Harrison, Virginia Van Upp) and the only Hollywood woman film director of her time Ida Lupino. The final chapter discusses films made by liberal and/or leftist filmmakers, for example Jules Dassin, Abraham Polonsky and Robert Rossen. The concluding epilogue further elaborates on several points made in chapter 8 and consists of analyses of two radical noirs – Try and Get Me (1950) and The Prowler (1951) – which according to Osteen completed noir’s inversion and eventual rejection of the American dream.

The book’s one indisputable asset is that it discusses not only notoriously well-known noirs such as Double Indemnity, Mildred Pierce (1945) or The Killers (1946), but also lesser known and rarely analyzed titles represented for example by Cy Endfield’s The Underworld Story (1950) and Try and Get Me (1950). As mentioned above, the final verdict concerning the value and soundness of Osteen’s analyses / interpretations will be based on your personal preferences: if you tend to favor unorthodox „readings“ of film texts exposing „hidden meanings“ there is a great chance you will find Osteen’s text well worth reading. On the other hand, if you prefer empiricism and pragmatic tone, you might find the book’s conclusions hard to accept. It should be noted at this point that Osteen also conducted an extensive primary source research (based on censorship records and screenplays). Unfortunately, though, its outcomes were mostly utilized in the Notes section, not in the main text (which is – with respect to the selected frame of reference – an understandable decision). Does Nightmare Alley manage to say something fresh and relevant about film noir? To answer this question you have to read the book and decide for yourself.