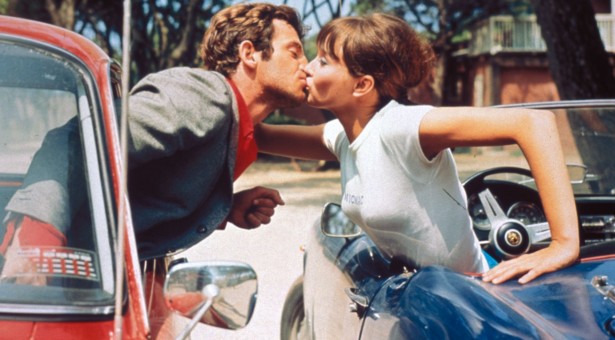 The 10th Noir Film Festival, which will take place 17–21 August 2022 at Český Šternberk Castle in the Czech Republic, has announced its complete program. In addition to the previously announced section Blacklisted and the Edgar G. Ulmer retrospective, it will also feature David Fincher’s neo-noirs, a selection of Spanish noirs and tributes to Hollywood icons Rita Hayworth and Robert Taylor. It will also honour the work of Slovak actress Emilia Vášáryová and Czech actress Hana Maciuchová.

“David Fincher is known for many things – perfectionism, versatility, fascination with modern technology, ‘torturing’ his actors, actresses and crew by repeating shots dozens of times, and for his programmatic rejection of the idea of the ‘Fincher signature’ often attributed to him,” comments Noir Film Festival programmer Jana Bébarová. “In a kind of sadistic pleasure inherent in the nature of many of his characters, Fincher enjoys terrifying his audience, purposefully making them uncomfortable with dark visions of a world wracked by malevolence. He refers to his generation as the generation of skeptics and cynics and acknowledges that his entire career has been about perverse books and screenplays. That’s why, no matter how much he resists the idea of the ‘Fincher touch’, it’s clear from his work that particular themes and genre preferences do indeed appeal to him,” adds Jana Bébarová. This year at the Noir Film Festival, five of his films will convince you of that: Se7en (1995), Fight Club (1999), Zodiac (2007), The Girl with the Dragon Tattoo (2011) and Gone Girl (2014).

The program of the 10th edition traditionally honors the acting stars of classic Hollywood. This time, Brooklyn native Rita Hayworth (1918–1987), who is one of the most iconic stars of film noir due to her famous role as Gilda in the 1946 film of the same name, will be screened at the festival. As Jana Bébarová comments, „there was a great contradiction between the actress’s star image and her personal life. Her image had a negative impact on her relationships with men, of whom she was a victim. ‚Men go to bed with Gilda, but they wake up with me,‘ she declared.“

In a tribute to actor Robert Taylor (1911–1969), Rogue Cop (1954) will be screened, in which the actor appeared very much against his usual type as a corrupt cop. „Taylor’s career takes on even further significance in the context of this year’s program: together with his first wife, the well-known actress Barbara Stanwyck, he was a conservative Republican in the late 1940s and early 1950s and became vocal opponent of all the filmmakers we are covering in the main program section, many of whom ended up on the blacklist,“ comments programmer Milan Hain.

In honour of the festival’s former long-time patron and supporter, Czech actress Hana Maciuchová (1945–2021), after whom one of the courtyards of Český Šternberk Castle is named, a television film, Big Case (1999), based on a novel by French writer Jean Laborde, will be screened, focusing on a case of miscarriage of justice involving a young nurse.

10th Noir Film Festival will also commemorate the work of Slovak actress Emilia Vášáryová (*1942), who celebrated her 80th birthday this May. The television film The Ballad of the Seven Hanged (1969), directed by Martin Hollý Jr. and set in early 20th century Russia, will be screened, where the story of the assassination of a minister is unravelled.

Czech director Hynek Bočan (*1938) is also a long-time fan of the festival, and this year the festival will present his famous TV series The Mystery of Conudrum (1969), based on the novel by Jaroslav Foglar.

That film noir is not just an American phenomenon is made clear to visitors every year by the section mapping its geographical overlap. After last year’s excursion into Bollywood cinema, this year it will once again return to Europe and recall famous but also forgotten noirs from Spain. Alongside the well-known Death of a Cyclist (1955), directed by Juan Antonio Bardem, there will be films such as Express Train from Andalucía (1956), Red Fish (1955), Ditirambo (1969) and The Glass Eye (1956), an adaptation of a work by the American author of hard-boiled literature Cornell Woolrich.

The program tradition also includes films of domestic provenance. The five titles include, among others, the silent film The Poisoned Light (1921) directed by Jan S. Kolár and Karel Lamač, which will be accompanied by the cellist Terezie Kovalová. Karel Höger’s charisma will dazzle the audience in the drama A Dead Man Among the Living (1946) directed by Bořivoj Zeman in the Thursday evening open air screening in the Kašpar Sternberg Courtyard. On the occasion of the festival, the film will be released in cooperation with Magic Box as part of the festival DVD edition.

„I am extremely pleased that we are able to present the Czech TV miniseries Iveta (2022) directed by Michal Samir about the beginnings of the star career of the Czech singer Iveta Bartošová and her colleague Petr Sepeši. A femme fatale, a homme fatal, a fateful meeting, a star image and impressive visuals are typical noir aspects, so this series definitely belongs in our festival program“, comments Jana Bébarová on the selection. „The mission of our festival is to highlight the diversity of the noir phenomenon and to appreciate underrated titles, which I think Iveta is,“ she adds.

The next TV miniseries to be screened will be Redl (2018), which will be personally presented by director Jan Hřebejk and screenwriter Miro Šifra. In the Special Screenings, audiences can also look forward to the Jean-Luc Godard-directed gem Pierrot le fou (1965), starring Jean-Paul Belmondo and Anna Karina and featuring an unforgettable cameo by American director Samuel Fuller. Following Fuller’s retrospective at the 2018 NFF, his work will be revisited with the noir Underworld U.S.A. (1961).

The accompanying program will include a theatre production directed by Radim Špaček, False Note from the repertoire of the Prague Theatre in Řeznická with Pavel Rímský and Martin Finger in the lead roles. It offers a strong story – a cruel duel – with a very well built plot and tension, in which the viewer is drawn into the role of witness and judge, facing the past and the present.