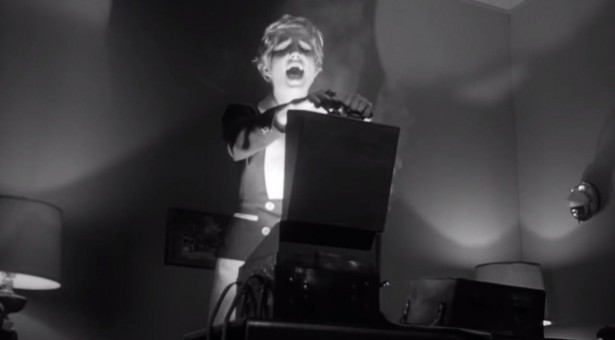 The Noir Film Festival celebrates its 10th birthday this year. The unique genre event, which was first held at Kokořín Castle in 2013 and then moved to Křivoklát Castle a year later, will be held at Český Šternberk Castle for the second year in a row and will be held from 17th to 21st August 2022 and promises 55 film screenings.

The main thematic section of this year‘s festival called Blacklisted will focus on those prominent Hollywood figures whose voices were silenced with the advent of the blacklist in the late 1940s and early 1950s. Among others, Noir Film Festival will present the acclaimed and historically significant films Force of Evil (1948, written and directed by Abraham Polonsky, starring John Garfield), Thieves‘ Highway (1949, directed by Jules Dassin, written by A. I. Bezzerides) and He Ran All the Way (1951, directed by John Berry, written by Dalton Trumbo, and starring John Garfield).

„It is no coincidence that left-leaning artists tended to gravitate towards film noir, which, through crime stories about disadvantaged individuals, made it possible to formulate urgent social statements denouncing class inequality, abuses of power or the excesses of capitalism,“ comments the section festival programmer Milan Hain. „Directors and screenwriters such as Jules Dassin, Joseph Losey, Abraham Polonsky, Robert Rossen, and A. I. Bezzerides were most sensitive to these and similar themes. Their contribution to film noir of the second half of the 1940s can hardly be overestimated. By the end of the decade, however, McCarthyism had made them undesirable, and they were all faced with several unenviable options: to retire from filmmaking, to work secretly under a pseudonym, or to go abroad,“ adds Milan Hain.

The jubilee edition also attracts a select retrospective of Czech-born Edgar G. Ulmer, who established himself as the king of B-movies in Hollywood in the 1940s and 1950s, as well as „Frank Capra from PRC“ (Producers Releasing Corporation, a company specializing in low-budget films). „Most of his films were not received well, but one of them, Detour, became a cult classic and is now considered a masterpiece of existentialist noir. After Ulmer‘s death in 1972, some of his other directorial efforts were reevaluated, and today he is a figure renowned in a similar way to his German-speaking contemporaries Otto Preminger and Robert Siodmak,“ comments Milan Hain. In addition to the obligatory Detour (1945), the section will include Strange Illusion (1945), The Strange Woman (1946), starring Hedy Lamarr, and Murder Is My Beat (1955).

Best of the 1st Edition

„Throughout the history of the Noir Film Festival we have followed the rule that we do not repeat films from previous years in the program. However, with the 10th anniversary edition, we decided to make an exception and, as part of the round anniversary, to remind the program pearls from historically 1st Noir Film Festival, which took place in August 2013 at Kokořín Castle,“ explains Jana Bébarová, the festival’s programmer.

Festival visitors can look forward to Humphrey Bogart in the iconic role of Phil Marlowe in the adaptation of Raymond Chandler’s novel The Big Sleep (1946), the Oscar-winning Joan Crawford in Mildred Pierce (1946), based on the novel by James M. Cain, or the insidious femme fatale Gene Tierney in the technicolor masterpiece Leave Her to Heaven (1945). The four films in the „Best of the 1st Edition“ section conclude with Kiss Me Deadly (1955), in which director Robert Aldrich turned the noir tradition of the previous fifteen years on its head.

The Special Screenings section will screen the four-part Czech TV series Rédl (2018) starring Ondřej Sokol, which, based on a script by Miro Šifra and directed by Jan Hřebejk, reveals the criminal background of a strange story of organized crime in post-revolutionary Czechoslovakia. In the same section, the marathon will screen the nine-part series The Riddle of the Puzzle, based on Jaroslav Foglar’s iconic book about the boys‘ club the Rapid Arrows, which was made in 1969 by director Hynek Bočan, a long-time patron and regular visitor of the Noir Film Festival.

The complete program will be announced on 17 June 2022. From this date, it will be possible to book and purchase individual tickets for all screenings. However, it is already possible to purchase basic festival passes.