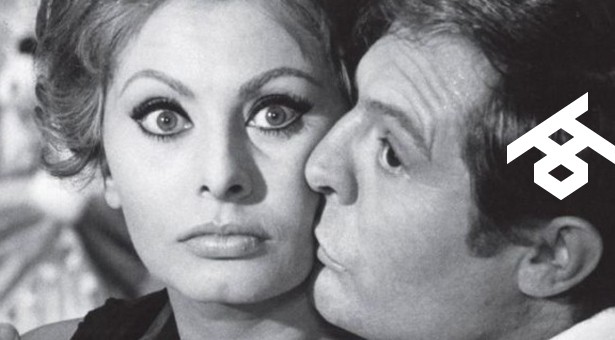 The annual film celebration in Italian Bologna started three days earlier this year. The XXVIII edition of the Il Cinema Ritrovato festival was preceded by a conference that celebrated the centenary of the birth of Chaplin’s Little Tramp. The whole event was commenced by a screening of four of Chaplin’s silent films accompanied by live music at Bologna’s main square, Piazza Maggiore. The audience could remind themselves of the gradual transformation of Chaplin’s iconic character from a self-centred dandy in Kid Auto Races at Venice (1914) and a drunken lubber in A Night in the Show (1915) into an enamoured immigrant (The Immigrant, 1917) and even a heroic saviour in Shoulder Arms (1918). The main part of the conference was opened on Thursday, June 26 by Chaplin’s biographer David Robinson. In his lecture, Robinson spoke of Chaplin’s music hall roots and their relation to his last American film Limelight (1952). Robinson analyses the very same film in his recently published book, The World of Limelight, available at the Cineteca di Bologna website. Film historians (Charles Maland, Lisa Haven, Yuri Tsivian etc.), those who remember Chaplin (actress Claire Bloom, Chaplin’s son Michael) and Chaplin’s admirers from the ranks of film makers (Mike Leigh, Alexander Payne, Michel Hazanavicius) joined forces during the lectures, panel discussions, and also informal discussions outside the conference, and opened still insufficiently mapped chapters of this film giant’s life and career. Among the issues covered were Chaplin imitators, Chaplin’s relationship to alternative culture of 50s and 60s, and his star status outside the United States of America. There have even been attempts made to rehabilitate his directorial style so often reproached for being static and archaic. Any one participant would without doubt confirm the immense success of this event organised by Kate Guyonvarch and Cecilie Cenciarelli.

Chaplin’s films form an integral part of Il Cinema Ritrovato. The festival has been bringing their restored versions one by one back on the big screen for more than 15 years. This part of the project has been completed this year when Chaplin’s 14 slapstick comedies from 1915 and 1916 he made for Essanay were screened. We will now have to wait till the next year to find out whether or not the long functioning Chaplin–Ritrovato relationship will get a short break.

What we can be sure of  is that the section oriented on newly restored films will continue – be it the classics or the almost forgotten titles. This year such treasures have been put on as Louis Feuilllade’s Fantômas (1913), the flagship of German expressionism, The Cabinet of Dr. Caligari (Das Cabinet des Dr. Caligari, 1920), Jean Renoir’s film duo La Chienne (1931) and A Day in the Country (Une partie de campagne, 1936), one of the key Westerns by John Ford, My Darling Clementine (1946), a film adaptation of a famous Broadway musical, Oklahoma! (1955), directed by Fred Zinnemann, or Sergei Parajanov’s The Color of Pomegranates (Sayat Nova, 1968). In the festival brochure, Martin Scorsese compared the last film mentioned to “opening a door and walking into another dimension, where time has stopped and beauty has been unleashed.” While majority of the films in this section was projected in digital format, several films were shown in the more and more rare 35mm print. Ritrovato therefore continues to be one of the few festivals that will not rush into forsaking this format.

While the above mentioned titles can be considered (at least temporarily) saved and safely kept for future generations, several Indian classics from 50s did not happen to be that lucky. Shivendra Singh Dungarpur, the founder of Film Heritage Foundation, has for that very reason created a section counting eight Indian classics in urgent need of restoration. Shall such care not be ensured in the near future, these films will face the same destiny as hundreds of other Indian films now forever lost (for example out of 1 700 silent films produced in India only less than 10 have been saved  which is an extraordinarily alarming number). Dungapur’s selection, apart from others, counts an unhidden tribute to Charles Chaplin, Awaara (1951) directed by actor/director Raj Kapoor, two masterpieces of the Indian auteur Guru Dutt, Pyaasa (1957) and Kaagaz ke Phool (1959), three hour epic melodrama Mother India (1957) and an exceptional piece by Ritwik Ghatak, Ajantrik (1958) narrating a story of a poor taxi driver and his decaying automobile. All of these films were preceded by authentic newsreels screened outside of India for the very first time. The whole programme section showed without any doubt that Indian cinematography – especially its golden era after World War II – is an integral part of the world cultural film heritage and for that very reason deserves our attention. The activities of the non-profit organisation Film Heritage Foundation can be found on their Facebook website.

There have been several other sections “geographically” divided. Organiser’s fascination with widescreen format has been proved this year by the mini festival of Polish films from 60s using CinemaScope. Programmer Peter von Bagh included for example Munk’s Passenger (Pasażerka, 1963), Wajda’s Ashes (Popioły, 1965) or Jerzy Kawalerowicz’s Faraon (1965). The project oriented on early Japanese sound films culminated with the third part, this time focused on production of Shochiku studio. Finally a very unconventional experience was promised by a section compiled from Italian film stories from 50s and 60s taken out of the original anthologies and projected separately to see whether or not they will prove to work as individual pieces.

Directorial retrospectives promised an equally attractive programme. Apart from the Italian master of popular genres Riccardo Freda, half-forgotten German director Werner Hochbaum or French film avantgarde filmmaker Germaine Dulac,  there was also the Hollywood classic William Wellman included this year. Ritrovato screened a selection of both his silent and sound films with a stress on the turn of the 20s and 30s.

In addition to the more famous titles, such as a social drama Wild Boys of the Road (1933), drama from the show business environment A Star is Born (1937) or a “western with mission” The Ox-Bow Incident (1943), less known and rarely shown films were included from which I will pinpoint four. Still silent Beggars of Life (1928) is a dynamic and moving film experience that in many ways foretells later Warner Bros. social dramas. Worth noticing is also the casting of Wallace Beery and Louise Brooks. The Star Witness (1931) is a thematically daring “pre-code” film (kidnapping, execution), briskly retold and skilfully filmed. At the same time it can serve as a proof of Wellman’s success in managing the transition to sound with greater grace and effortlessness than most of his Hollywood colleagues. From his later production a duo of rough westerns stand out in which the director showed a remarkable sense for landscape. While Yellow Sky (1948) explores the dynamics of a male band of robbers with Gregory Peck in the lead, Westward the Women! (1951) puts female heroines into the limelight, who under the supervision of an experienced cowboy played by Robert Taylor undertake a challenging journey of many hundred miles to the West coast of the United States. If you get a chance to see one of Wellman’s films on the big screen, do not hesitate one second.

Il Cinema Ritrovato by all means offers much more than an ordinary mortal can manage in eight days. A lot hasn’t been mentioned yet – the evening screenings on Piazza Maggiore offering such masterpieces as Rebel without a Cause (1955) or The Lady from Shanghai (1948), the annual “Cento Anni Fa” programme showing films from a hundred years ago, this year with the spectacular Cabiria (1914), the latest documentaries with the Scorsese’s love letter to the New York Review of Books magazine standing out, the children programmes or the book and DVD market that should be avoided by everybody who does not want to lose tens or even hundreds of euros. Ritrovato naturally has its bugs as well. Just a brief look at the programme brochure reveals to an astute visitor that some screenings inevitably start with a delay of many minutes as one hour is not enough for a 76 minute film (plus an introductory lecture). However, after you seat yourself into one of the four film halls, you will instantly forget all of such errors. And trust me you won’t be alone in that. Some two thousand enthusiasts have gathered in Bologna this year. Among them there were David Bordwell, Kristin Thompson, Jonathan Rosenbaum, Dave Kehr, and many others. That is the best company imaginable in which to enjoy such an amazing group experience of watching a film in a dimmed screening room.